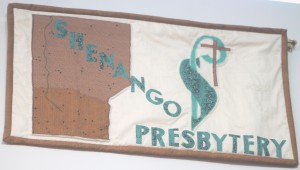 For more than 20 years, the Sudan region has had a special place in the heart of congregations in western Pennsylvania. The churches and presbyteries in that area have created partnerships with sister congregations in the African country and have come to their aid when called upon. It has formed a lasting relationship that continues to grow stronger every time a group travels from one country to the other.

Unfortunately, the Sudan – and the newly formed neighboring country of South Sudan – has been in the news in recent years because of political strife that has caused turmoil there. Tens of thousands of people have been killed by government and opposing troops, and four million people have had to flee to displacement and refugee camps in neighboring countries. Living in a war zone has caused church leaders to struggle to survive.

In an effort to bring more awareness to the unrest in a region that has been supported by the Presbyterian Church (U.S.A.) for over a century, the Presbytery of Shenango – with the help of the presbyteries of Pittsburgh, Redstone and Trinity (Lexington, SC, in the Synod of the South Atlantic) – has submitted an overture asking for the denomination to address the situation in Sudan and South Sudan. Titled “On Support and Prayer for the Church and People of South Sudan,” the overture will be discussed at this year’s General Assembly. 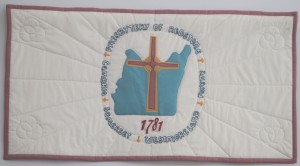 “The church has not issued a formal statement for several years, anything to do with Sudan or South Sudan,” explained Judy Veon, the overture advocate from Shenango. “And nothing had ever been said to address South Sudan as a new country.”

The overture asks the stated clerk of the PCUSA to “issue a formal statement condemning the actions of those who initiated and perpetuate the conflict in South Sudan” and “call upon the president of the United States, the U.S. State Department and appropriate congressional leaders to promote a just and lasting peace in South Sudan.” It also looks to “direct the Presbyterian Mission Agency, through the Office of Public Witness and the Presbyterian Ministry at the United Nations, to advocate for public policy that protects the human rights of the people of South Sudan and promotes transparent, accountable and effective democracy in South Sudan.”

Lastly, the overture encourages presbyteries, congregations and individual members of the PCUSA to pray, support and become educated about the mission work of the PCUSA in South Sudan and continue to aid mission co-workers. 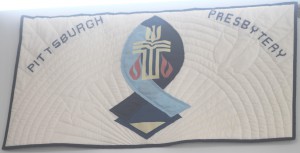 The overture has received a recommendation for approval from the Advocacy Committee for Women’s Concerns, which is a step in the right direction for it to move forward. Either way, the hope is that by having the issues in Sudan and South Sudan receiving attention it will begin steps to assist with the hardships of the people in those countries.

“We hope to address the conflict in South Sudan by making a public statement,” Judy said. “We do have problems in this country that are related to violence and conflict, but they are nothing as extreme as experienced by the people in South Sudan who have had their villages burned, are living in refugee camps, are hungry and aren’t able to go to school.

“I think as a church we have a responsibility to be aware of and advocate for our fellow Christians around the world.”