The numbers are mind-boggling. Nearly 37,000 people were killed in the United States by firearms in 2016. Since 2000, more than 500,000 Americans have died from gun violence, which is more than the total of U.S. soldier lives that have been lost since the end of the Civil War. 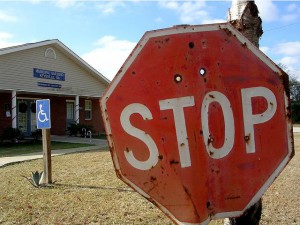 It’s a common problem that can been seen on the television news and in newspapers daily. Because this is a situation that needs immediate attention and action, the Pittsburgh Presbytery has taken steps to urge lawmakers to ban the sale of assault rifles and similar weapons. In a letter prepared by the presbytery’s Peacemaking Ministry Team, the presbytery is asking Pennsylvania State Legislative leaders to “ban the semiautomatic assault weapons, armor piercing handgun ammunition and .50 caliber sniper rifles as requested by the 219th General Assembly of the Presbyterian Church.” The letter (read it here) goes on to say “there is no objection to sporting or hunting guns in this resolution.”

“We’ve had tragedies in this town that were perpetrated by people using assault-style weapons, so we have a concern for the safety of our community,” said the Rev. Sheldon Sorge, the General Minister at Pittsburgh Presbytery. “As we see an uptick in gun-related deaths around the country and right here at home, we feel this is an issue of public safety that we want to address. We believe that if the wrong hands are given easy access to these weapons it puts at great risk the public safety of our citizens.”

While there’s a constitutional right to bear arms, the Pittsburgh Presbytery strongly believes there is a Biblical commandment that needs to be upheld as well.

“The resolution tries to indicate that this comes out of our gospel values of peace, light and community responsibility for order and leads to the protection of the image of God and human life,” Sheldon said. “God is the author of human life and when human life is being wantonly destroyed, we believe that that violates God’s intention. The prohibition of murder is clearly a commandment from the most ancient of our traditions, so we believe that in order for us to express our commitment to the integrity of life as God has created it that is why we believe we need to do this.”

The letter, which was also sent to Pittsburgh-area media and has been making headlines in that part of the state, was distributed in mid-December and comes on the heels of a similar document that was circulated in May of 2016 by Pittsburgh Presbytery. That one, which was sent to both state and national government, was less specific in terms of the gun ban. (Read it here.)

“One is more general,” Sheldon explained. “This one is specific to assault-style weapons and because of its specificity got more conversation at the presbytery meeting and also in the response of people who are convinced in that conversation.

“The first one was urging general action without specific reference to particular styles of weapons. I think the reason the Peacemaking Team wanted to send out something more specific was because they wanted to be able to have a very specific challenge to offer our legislators at a time when conversations about gun control are very much going on in Harrisburg. They felt it was timely to do this and they also felt the extra specificity would be helpful.”

“The deeply faithful outreach by the Pittsburgh Presbytery to public officials seeking their support for increased regulation of gun sales and possession is wonderfully heartening,” Bryan said. “Specifically, we applaud the presbytery’s call for a prohibition on the manufacture and sale of military-style semiautomatic assault weapons, guns made only to kill as many people as possible, as quickly as possible. We join with the presbytery in its righteous work to save lives from the scourge of gun violence.”

In the Presbytery of Philadelphia where gun violence is also an issue and a concern, the presbytery is rallying with its congregations to combat the situation.

“The mission of our presbytery continues to be one of empowerment and partnership with our local churches,” said the Rev. Greg Klimovitz, the presbytery’s Associate Presbyter. “Our city, much like other communities around the nation, continues to face troubling realities related to gun violence. The numbers are haunting. In response, many of our churches have collaborated with Heeding God’s Call in efforts to raise awareness, gather for prayer and move towards holistic and systemic change to make our neighborhoods safer.

“Our presbytery has awarded numerous peacemaking and Covenant Fund grants to support these efforts. In addition, we have leaders who have developed significant relationships with those in public office, law enforcement and community organizers in efforts to live into the gospel of Jesus Christ that hinges on a world made safe and whole for all. To that end, we continue to work with our churches and related leaders as they are at the forefront of intentional ministries of justice and peace.”

A vote was taken at the December Pittsburgh Presbytery meeting to approve the resolution, and while it wasn’t unanimous, it did pass with a “clear majority.” It has sparked numerous debates, including online on social media that eventually became so nasty that the presbytery had to pull down a post on its Facebook page.

“We clearly have touched a nerve,” Sheldon said. “Most of the feedback that we’ve heard has come from outside the presbytery. To my knowledge, no one within the presbytery has reacted negatively. It’s all been outside.”

As far as the concerns about the resolution that were expressed at the December presbytery meeting, Sheldon said those were related to the presbytery’s desire to become involved in bureaucratic circles.

“One of the elder commissioners said he felt this was getting into politics and that we ought to stay out of politics,” Sheldon recalled. “Some thought it was too broad-brushed categorically, that these declarations don’t acknowledge the complexity of the issues. There were a couple of reasons people were in opposition to it. If there’s one single reaction I get it’s that the church ought not to be in politics; stick with the gospel.”

The next step for Pittsburgh Presbytery is the preparation of an overture on this subject that it plans to write for the 2018 General Assembly in St. Louis. Between now and then, Sheldon hopes that the resolutions that have been sent to legislatures will gain momentum and begin to make a difference.

“It’s taken a little while to begin to gather steam, but I think the fact that there is vigorous pushback on this indicates that it’s a very timely conversation to have,” Sheldon said. “I hope that we can generate more light than heat.”