The director of the Institute for Youth Ministry at the Princeton Theological Seminary in New Jersey is doing his best to dispel that myth in regards to church youth groups in the area.

That philosophy will be the focal point for an upcoming two-day workshop called “Youth Ministry in Small Churches,” which will be held at the Carmel Presbyterian Church in Glenside, PA. The event, which runs Oct. 3-4 at a cost of $50 and includes meals, is being jointly sponsored by the Presbytery of Philadelphia and is open to the general public.

For the 39-year-old Ross, who has been in the youth ministry field for 13 years, he feels like churches with smaller youth ministries have an advantage over those with larger groups because it’s easier to connect one-on-one with those in the group. 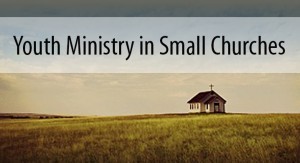 “One of the things small churches have really going for them is that they tend to be tight-knit communities,” he said. “One of the problems with big churches is that you get these silos where the older people have their group and the young families have their group and the teenagers have their group, and getting everybody together as one community and interacting as one community can be difficult, especially if what you’re trying to do is have teenagers interact with older people. The older people think ‘I don’t have anything to say to teenagers’ or ‘I don’t have anything to offer’ or ‘They just won’t like me.’ And the teenagers tend to think ‘I’m scared of them’ or ‘I don’t know what I’d say to them.’“What you can have in a small church is that tight-knit community where there’s just not enough people for people to be isolated from each other. What we want to try to think about is how to leverage that gift of the small church.”

Trying to change that concept and thought process that smaller can be a better way to go is one of the things Ross, who noted that the average size of a youth group is eight students, hopes to accomplish in early October.

“What we want to do is rethink youth ministry from this perspective: How do we help a young person (ages 13-20) navigate adolescence and deepen their faith over those years to become a mature, Christian adult? The general assumption is that that has to look something like a very programmed process where you hire a youth minister to create this group of young people and foster relationships.

“We’re not saying this is necessarily bad, but what happens in small churches … they think how do we do that? We can’t get enough kids together in the same room. … How do we go do a big mission trip when we’ve only got three kids who wanna go?”

Having a small group attend something like a mission trip can be a blessing, not a detriment, if you ask Ross. He recalled both ends of the spectrum, having been on excursions with 100 youth and 50 more adults and also participating in some trips with just a handful of people, and it’s the smaller group outings that remain his favorites.

“We had so much fun and had such meaningful conversation,” he said reflecting on a past trip to New Orleans with six college students. “We all cooked for each other and did things you could never do with a large group.” 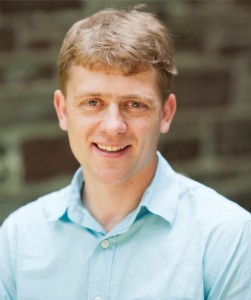 So why have large youth groups kind of been the ideal for churches? Ross goes back to the materials and resources that are bought as teaching aids for youth groups, reference points that seemingly ask for a large number of youth to be involved. It gives churches a false sense of what their youth groups should look like.

A second belief is that youth groups are a “specialization of ministry.” Ross says that teens are thought of as having their own sub-culture since they wear their own style of clothes, listen to their own brand of music and have their own slang and media gadgets.

In order to connect with this group, churches feel like they have to hire someone special to meet those needs. But small churches in turn believe they need to have a larger youth group to justify hiring a youth minister or director.

As for what people can expect from the two-day workshop in October, Ross said it won’t be just two days of him expressing his opinions on youth ministry. In fact, the program will include a series of workshops and small-group discussions, enabling the attenders a chance to talk with other people who are going through the same situation they are and exchange ideas.

Ross has two main objectives for the workshop, things he hopes the attenders can take back to their congregations and help them in their youth ministry.

“They would have some names and contact information of some people that they know are wrestling with some of the same questions they are,” he said. “Re-imagining of what youth ministry can be. How we can do youth ministry in this more relational mode that doesn’t assume you have to have a critical mass called a youth group. Kids are just part of the church.”

So in the end, Ross wants everyone to remember that smaller can be better.

“Somewhere along the line we got to a point where we thought the only way to disciple young people into the Christian faith is to have a big group of them,” Ross said. “Jesus didn’t think this, he had 12. It’s a phrase that floats around in youth ministry circles, ‘If you’ve got 12 kids in your youth group and one of them wants to kill you, then you’ve got a youth group like Jesus.’

“Maybe 12 kids is a really great number. Maybe what we can do is really get to know all of those kids.”

Ross is also part of the annual Princeton Forums on Youth Ministry, which he oversees and that will be held next spring from April 28 to May 1. The four-day conference, which will be in its 20th year in 2015, brings in youth ministry leaders from around the United States and Canada to discuss strategies and approaches with a theological foundation.

“In general what we’re trying to do is create rich conversations around some big questions,” he said. “What guides youth ministry? What are some of the best practices that we know about? How do we engage the broader culture with the gospel, especially where young people are concerned?”

The forum also offers the Princeton Lectures on Youth, Church and Culture, a series that discusses the role of youth ministry in churches.

For more on the Princeton Forums on Youth Ministry, click here.