History: Board of Pensions – Supporting pastors for 300 years 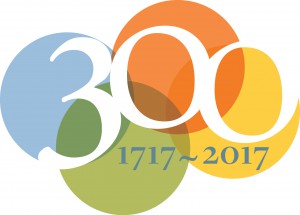 The Board of Pensions of the Presbyterian Church (U.S.A.) is celebrating 300 years of care for ministers and other church workers. It traces its roots to the Fund for Pious Uses, established by Presbyterians in Philadelphia in 1717.

In the early 18th century, hundreds of Presbyterian Scots in Ulster, chafing under religious oppression and struggling with economic hardship, boarded ships bound for the American colonies. Most of them disembarked in Philadelphia. “How many poor souls are scattered to and fro in this wilderness, under awful danger of perishing for lack of vision,” the Synod of Philadelphia exclaimed in a letter to the Presbytery of Dublin dated Sept. 17, 1718.

The synod, the first in the colonies, sought contributions to its fund for “pious uses,” which it had established a year earlier to support ministers among people of great “paucity and poverty.” The first award made from the Fund for Pious Uses to an individual was to the widow of the Rev. John Wilson of New Castle, DE.

The synod noted in 1757 that families of “great and good men … [were] very much pinched and distressed by want and poverty.” And, as presbyteries formed throughout the 18th century, they established funds of their own to care for the families of pastors.

In the 19th century, funding of this particular benevolence remained largely a synod function. Faithful church leaders recognized additional needs of disabled pastors who could not earn sufficient income to care for their families. Numerous societies for the support of these pastors were formed in the synods, and many continued into the early part of the 20th century.

Presbyterians ran through a series of ministerial relief plans in the 20th century. Generally, however, strides were made. By 1983, when the northern and southern branches of the church reunited as the Presbyterian Church (U.S.A.), the concept of care had moved from simple relief to retirement support, including pension plans for pastors and other employees. Medical benefits were also provided.

In fall 2014, as the church continued to reform, the Board began a transformational process to serve more, serve better and serve the church. A series of listening sessions, held over a year throughout the church, led the Board to redesign the Benefits Plan.

While the commitment to provide comprehensive benefits to installed pastors remains strong, there has been a need for flexibility and, with it, affordability so that congregations and other PC(USA)-affiliated employers might care for their employees based on their resources. The 2017 Benefits Plan is designed to enable employers to provide choice and coverage to more of their workers.