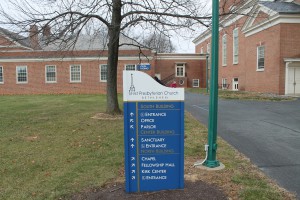 The Rev. J.C. Austin has been called to serve as the new pastor of First Presbyterian Church of Bethlehem, PA, (PCUSA). For nearly 20 years, J.C. Austin has served the Presbyterian Church (U.S.A.) as a pastor, an educator and a leader at every level of the denomination. He is married to Tammy Haston Austin and is a devoted father to Liam Austin, their 12-year-old son. J.C.’s ministry will begin officially on Nov. 27, and his first Sunday in the pulpit will be Dec. 3, the first Sunday of Advent.

A lifelong Presbyterian, J.C. Austin was ordained to serve as associate pastor for Evangelism and Stewardship at Madison Avenue Presbyterian Church in New York City where he helped lead a historic but declining congregation into its first experience of significant growth in vitality, resources and size in several decades. Following that experience, he was a vice president at Auburn Theological Seminary, also in New York City. There, he built a national reputation as an expert on innovative congregational leadership for the 21st century, conceiving and establishing a range of new initiatives to build personal resilience, entrepreneurial spirit and practical wisdom in pastoral leaders.

For the last five years, he has been a parish associate at Fifth Avenue Presbyterian Church in New York City, where he has preached, taught and provided pastoral coverage on a regular basis. In the Presbytery of New York City, he has chaired the Presbytery Cabinet, task forces on the presbytery’s mission statement and strategic plan, and the Grants Committee of the 9/11 Disaster Relief Commission following the Sept. 11 attacks on New York City. At the General Assembly level, he was appointed to the General Assembly’s Special Committee on the Belhar Confession.

J.C. received his Master of Divinity from Princeton Theological Seminary in 1998, with concentrations in New Testament Studies and Homiletics. At graduation, he won several prizes including the prestigious Graduate Study Fellowship in Parish Pulpit Ministry, which allowed him to spend a year as a Visiting Fellow at the University of Cape Town, studying the theological dimensions of the Truth and Reconciliation Commission in post-apartheid South Africa. He is working to complete his Ph.D. with the University of Stellenbosch in South Africa.