Per capita giving is one source of funding that enables the Synod of the Trinity to walk alongside presbyteries so that they might serve Christ in their congregations and throughout the world. Per capita monies and other funding streams enable the Synod to provide things such as New Initiative Grants, Peacemaking Grants, scholarship funds and disaster relief.

These are just a few of the works supported by the Synod of the Trinity. There’s also ecumenical ministry with other denominations, Synod-wide networking with Presbyterian men and women, and Small Church Leadership Grants, and still more. But none of it would be possible without the giving contributions from the Synod’s presbyteries and congregations. 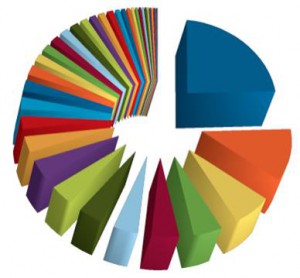 The Synod annually receives funds from each of its 16 presbyteries through per capita monies obtained from the over 1,100 worshiping communities within the Synod’s bounds. That per capita figure can be calculated a little differently after the Synod adopted a concept that was initiated by the Presbyterian Church (USA)’s General Assembly a year ago.

Something that started in 2015, presbyteries may adjust their congregations’ memberships and therefore their per capita obligation to the Synod to reflect their membership as of Dec. 31, 2016. The Synod is asking that a presbytery’s per capita number be submitted to the Synod by March 31, 2017. The change was recommended by the Synod’s Finance and Budget Committee and was approved during the Synod’s October Assembly meeting in State College.

Currently, a presbytery is asked to pay a per capita amount of $2.20 to the Synod of the Trinity. That amount is calculated based on things such as salary and building costs incurred by the Synod in a year’s time. The Synod can adjust that dollar figure slightly based on its expenses and the number of total givers but has not done so the past five years.

Also, due to the now later-arriving per capita figure, the Synod will have to use a congregation’s per capita number from a previous year to construct its budget. That means that it’s probable that a presbytery’s per capita amount factored into the Synod budget will be different – possibly much less – than what is actually budgeted. However, Synod treasurer Chantal Atnip said that it’s all part of working hand-in-hand with the presbyteries.

“We’re allowing the churches to be more timely,” she said. “We’re showing some good will, and we realize that we’re all in this together. We’re all trying to help our congregations. We’re a connectional denomination.”