After break-in, Presbytery of Huntingdon turns lemons into lemonade 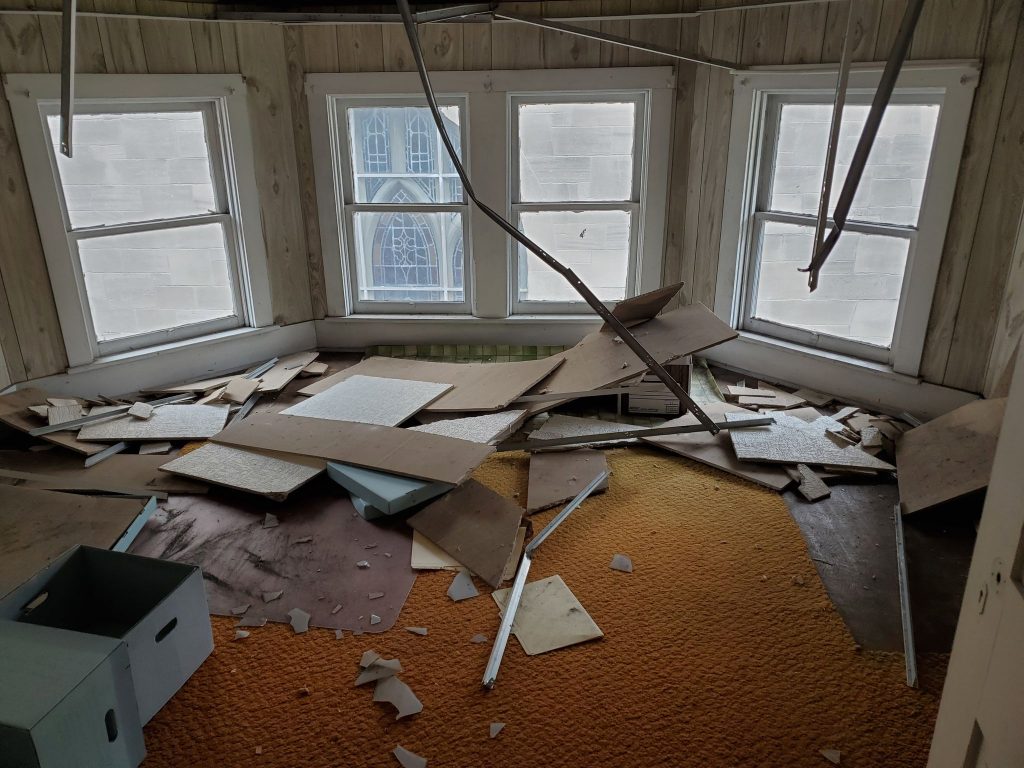 The attic in the Presbytery of Huntingdon office building where records were stored was badly vandalized a few months after the coronavirus pandemic forced staff to work from home.

Leaders in the Presbytery of Huntingdon have become adept at making “lemonade” this year. Just a few months into the pandemic, the presbytery office was broken into and thoroughly trashed. Drawers were ripped out of the kitchen cabinetry, items from cabinets and drawers were thrown around the kitchen, broken glass could be found on all three floors of the house where the office is located, and nasty things were written in blood on walls and countertops.

All the papers from four desks were strewn around the office floors, and books were swept off the shelves in the Resource Center. The person who broke in had tried to burn the building down by lighting a small log in the basement, but in spite of using an entire box of large kitchen matches, had failed in the attempt. Christmas ornaments and treasurer’s records, all stored in the attic, had been broken and strewn about. It was a mess!

But…. (The word “but” is a magnificent word! It takes everything a person just said and pitches it out the window) this was an opportunity for presbyters, ruling elders from the church from which the presbytery rents, and staff to pull together in partnership.

As the weeks unfolded, clean-up happened. Repainting freshened the space, the kitchen was rebuilt, and offices were reconstituted. An ancient refrigerator, broken in the incident, was replaced with a much nicer new one. Rugs and other floor surfaces were deep cleaned. Items that had lost their usefulness were pitched, and new items more appropriate to the times were purchased. An alarm system was installed, and all staff trained in its use. The last item to be repaired was the olive wood creche purchased at a General Assembly meeting some years ago. It became the symbol of hope in the newly reworked space.

What had been a bad experience turned into a blessing as everyone worked together for the common good. The staff and other presbyters are especially grateful for the people of the Tyrone Presbyterian Church from whom the office is rented. They have been faithful and helpful partners in the clean-up and freshen-up. The “lemons” truly became “lemonade.” 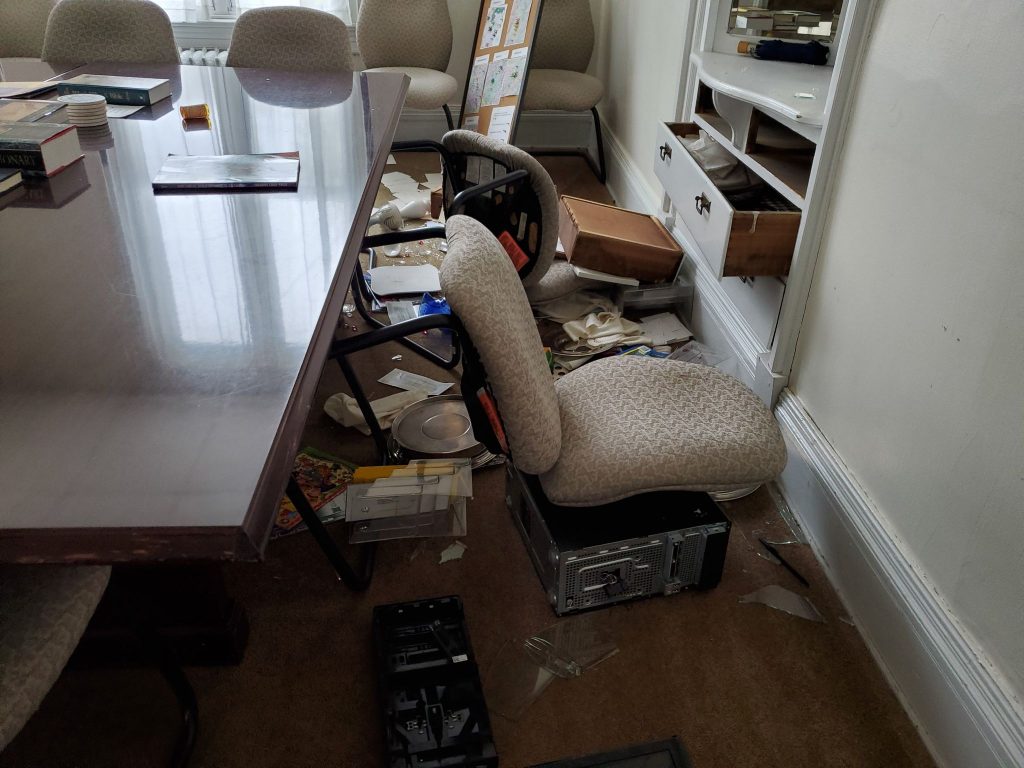 The conference room in the Presbytery of Huntingdon office was one of the hard-hit areas by vandals during a break-in in the summer of 2020.