The Rev. Bruce Hinderliter’s presence within the Synod of the Trinity was strongly felt. His absence from it will be equally missed. 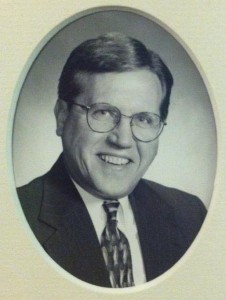 Susan Ferguson, the Huntingdon Presbytery’s office assistant and Resource Center coordinator, is a member at Lewistown PC and was on the search committee that brought Bruce to the church in 1986.

“He was a gentle soul,” she said of Bruce. “He had a kindness about him. He was very caring.”

Susan spoke highly of his work with the younger worshippers at Lewistown PC.

“He loved the youth,” she said. “He would go to a lot of the sporting events with the kids.”

The Hinderliter name has become synonymous with mission work as Bruce’s brother, Eric, and sister-in-law Becky have been serving in Lithuania since 2001.

Bruce was a Synod of the Trinity commissioner to the General Assembly in Kansas City, Mo., in 1979 and was later an alternate commissioner in Birmingham while attending numerous others as an observer. He also chaired the Synod’s Appalachian Scholarship and Budget & Finance Committees and helped establish the Synod’s Mission Network Disabilities Retreat. Bruce was the Moderator of the Presbytery of Shenango from 1985-86 and was also a past chair of the Committee on Ministry for Huntingdon Presbytery. He participated in mission trips to Honduras in 2008 and 2009 and was a Presbytery of Carlisle Pastor Visitor in 2010. Bruce also led worship and communion at the 25th anniversary Retreat for Adults with Disabilities in 2010 at Camp Kenbrook in Lebanon, PA.

Bruce was born on Sept. 3, 1942 in Punxsutawney, PA, and was one of four children of the late Meade and Mary Ruth Kiel Hinderliter. Bruce graduated from Warren High School in 1960 and Muskingum University (New Concord, OH) in 1964 before receiving his Master of Divinity degree from Princeton Theological Seminary in 1967.

Bruce is survived by his wife of 50 years, Phyllis A. Mann Hinderliter (married May 7, 1965); daughters: Susan Hinderliter and Christina (and husband Andy) Hoke; four grandchildren: Simon, India and Philip Hoke and Callie Hinderliter; brothers: Dr. Eric (and wife Becky) Hinderliter of Lithuania and Carl (and wife Carol) Hinderliter of Greenville, PA; and a sister Becky Steis of Cleveland, GA. He was preceded in death by his firstborn son, who died shortly after birth.

A full obituary published in the Harrisburg Patriot-News can be found here.