Jim Cushman, 77, helped Synod and others through times of transition 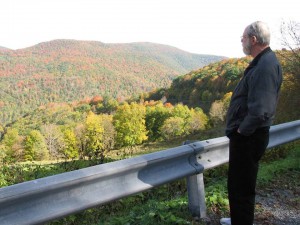 Jim Cushman spent three years as the interim executive for the Synod of the Trinity during a time of restructuring in the early 2000s.

Jim passed away Monday, Oct. 1, following a short bout with pneumonia. He was 77. A memorial service in his honor is planned for Friday, Nov. 16, at 5 p.m. at Westminster Presbyterian Church in Charlottesville, VA. (An obituary is available here.)

Jim served as the interim executive for the Synod of the Trinity from 2001-03, which came on the heels of him being the interim executive presbyter in the Presbytery of Donegal for all of 2000. His time at the Synod came during a major restructuring move that saw the amount of people on staff drastically reduced, a process Jim oversaw.

According to a section on the Synod’s history in the 2002 minutes of the Synod, Jim was “selected as interim Synod executive with the understandings that he will guide the Synod ‘through a self-study process that will re-examine its role within the church, considering specifically what services it should provide to the presbyteries which have the direct administrative link to congregations.’ The Synod enters into ‘a Season of Sabbatical’ (2001-02) to refocus on its ministry and mission.”

The Rev. Dr. Bruce Stevens, who is the Synod’s executive emeritus and was its executive from 2007-14, worked closely with Jim while Jim was the interim executive at the Synod. Bruce, who replaced Jim at the Synod as a co-executive in 2004, remembers Jim’s work with the Synod and felt he was a perfect fit for the difficult work that was ahead.

“After 15 years of stable leadership and significant growth, the Synod was faced with major changes when Jim came on board,” Bruce said. “In his calm, laid-back style, he carefully helped us begin to step into a new world while upholding the important values with which we were founded. He was just the right person for that work. He helped us see new things in new ways.”

After graduating from Louisville Presbyterian Theological Seminary in 1967, Jim served as a national missionary with the West Virginia Mountain Project for several years. The project at the time was the denomination’s largest Appalachian mission, overseeing the churches in the coal fields of Raleigh and Boone Counties. Jim went on to accept calls in several congregations near Elkins, WV, including Davis Memorial where he was an associate and in Beverly, WV, where he was pastor serving the Beverly and Valley Bend Churches from 1974-80.

Jim moved onto the Ripley (WV) Presbyterian Church in 1980 for six years and also served as a half-time associate for Small Church Ministry with the Presbytery of Greenbrier. During that time, he filled in as the interim executive presbyter for Greenbrier when the EP there passed away. He moved out of West Virginia and into Ohio in 1987-88, serving as the associate for Presbytery Development for the Synod of the Covenant before heading to Louisville where he was the associate for Small Church and associate director for Church Development in the national church. Jim’s travels then landed him in Nashville where he was the presbytery executive at Middle Tennessee. 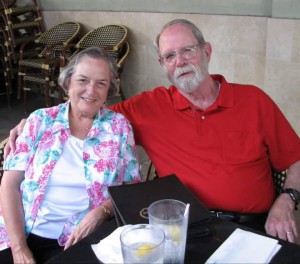 Polly and Jim Cushman spent many years in West Virginia and other parts of the Synod of the Trinity doing small church and transitional work for congregations.

“Jim was absolutely committed to the Church of Jesus Christ as a whole, but his heart was focused on small churches, on the gifts that ordinary people could bring, and the mission small groups could accomplish,” Bruce said. “Throughout his ministry, whether he was a church pastor, a member of General Assembly staff or an interim presbytery or synod executive, that passion for ministry and healthy churches was always at the forefront of his work.”

In a “Biographical Statement” written by Jim, he admitted that “God’s calling as led me to serve the church by working with governing bodies that are in transition.” He also had other passions, too, like writing books titled “Beyond Survival: Revitalizing the Small Church” and “Evangelism in the Small Church.”

“I first met Jim in 1979 when I was working on my Doctor of Ministry degree,” Bruce recalled. “He had written a book on small church ministry from which I wished to excerpt a portion, and I tracked him down and phoned him for permission. He was surprised that anyone would be that interested in what he had written and ultimately invited me to come spend some time with him. Thus began a friendship that took many interesting turns.”

While Jim was glad to be involved with congregations and interacting with people, he was also happy when he was in seclusion. That was one of the drawing cards that led him and his wife, Polly, to Harrisonburg in 1996.

“When time allows I can usually be found, fly rod in hand, on one of the Valley streams looking for either trout or smallmouth bass,” Jim wrote in his “Biographical Statement.”

Jim and Polly had three children: a son, Charles, and two daughters, Jenifer and Cynthia, the latter of whom was coordinator of the PCUSA’s Small Church Residency Program until it concluded in 2017.

“I’m grateful for my friend, Jim Cushman, for what his friendship and leadership meant, and that his work will continue in those who follow,” Bruce concluded.

The Synod of the Trinity is thankful for Jim’s work and service to the region and sends condolences to his family and friends.