In May of 1984, the Rev. Ben Weir was kidnapped while serving as a Presbyterian missionary in Beirut, taken from the streets while walking with his wife Carol. All told, 104 foreign hostages were captured between 1982 and 1992 in what became known as the Lebanon Hostage Crisis. 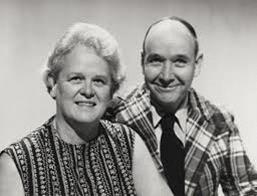 Carol and Ben Weir are shown in a photo used by Presbyterian Media Mission following Ben’s capture in Beirut.

The story made national headlines as Carol tirelessly pleaded for prayer for her husband and the people in Lebanon, including Ben’s captors. Presbyterian Media Mission, based out of Pittsburgh, was instrumental in helping get the word out to radio stations around the country about Ben.

According to Wikipedia, “Weir was placed in a cell without light, a straw mattress and a bucket. He saw no one. Bread and water were passed through a small opening in the door once a day. Every three or four days an empty bucket was exchanged. He was there for over a year. He had no contact with his family or anyone else in the outside world.

“Each day he would make a mark on the wall indicating another day in confinement. Each day he would save a corner of the bread given him. Later he would use it for communion that he observed each day. Later on he was able to get one of the guards to smuggle an Aramaic New Testament into him. Weir attributed his ability to maintain hope and experience God’s faithfulness to these practices.”

Ben, a California native, was eventually freed in September of 1985, 16 months after he was captured. He was soon-there-after named moderator of the 1986 PCUSA General Assembly. Ben passed away on Friday, Oct. 14. What follows is an account from current PMM director Gregg Hartung recalling the work PMM did with Carol to help spread the word about Ben Weir.

It was a call and then a conversation with the late Rev. Dr. Harold Scott about Carol and John Weir visiting Pittsburgh to bring attention to her husband and his father being held hostage that helped Presbyterian Media Mission to be able to assist in the free-the-hostages campaign.

I drove Dennis Benson, our Executive Producer for the Passages Radio Show, to Crossroads Presbyterian Church in Monroeville where Carol and John spoke to a Christian Associates gathering of bishops and church leaders that morning. We planned to talk with them about going beyond just the interview for Passages to possibly consider doing some shorter public service announcements to encourage the American public to write then President Ronald Reagan.

“Oscar McCloud accompanied John and me on a visit to Pittsburgh. After talking on a car phone and holding a press conference, we bumped into Dennis Benson (who helped us write this book) and Gregg Hartung, media professionals who produce radio and television for the church.

“Dennis interviewed me for a syndicated radio program as we rode to the airport and suggested that we record some voice segments for a series of radio spots, so John and I worked on these audio bits with him.

“In the next few days, Dennis and Gregg produced a series of radio spots with music, sound effects and narration. Oscar arranged for payment of distribution costs, and the spots were sent to every radio station in the country. The stations responded warmly to my personal appeal to listeners to help save Ben’s life by writing to President Reagan. Over a thousand stations indicated that they were running these spots as public affairs announcements. Many stations called for phone interviews.

“My confidence began to grow. With experience I became more comfortable in front of cameras and microphones. Reading the letter Ben sent about the danger to his life helped the audience connect to the situation emotionally. Every time I read it I was reminded of how much we had shared through the years, and I could feel tears welling up.”

Later in the same chapter from the book Carol shared “We never had any official word from the White House about how many postcards they received, although we asked several times, but one State Department official called Fred Wilson. ‘Please, stop the postcards,’ the official said. Fred had asked him how many had come in. ‘We can’t give you that information, but we have had to hire three new secretaries.’ ‘When the hostages are released,’ Fred said, ‘the postcards will stop.’”

Dennis and I went on to produce a television spot with entertainer Steve Allen that followed up the radio campaign with another step in calling attention to Ben and Father Jenco, a Catholic Priest who was abducted as well as some other foreigners who made a stronger outcry for the hostages to be freed.

We flew to Los Angeles and produced the spot with Steve as Carol and John joined us for the taping at the studio where Casey Kasem did his American Top 40 countdown show for television. PMM was able through a variety of our contacts to get reduced or free-of-charge use of top-notch facilities in Pittsburgh and LA.

Listen to the radio spot created by PMM for the Weirs.

Carol is quoted in their book saying, “That summer Dennis and Gregg of PMM came to us with creative media ideas to keep the hostage issue before the American people. These two broadcasters wrote and produced a series of eight television spots with composer-writer-comedian Steve Allen. More than 250 stations ran these public affairs messages, which were commissioned by the Presbyterian Church (U.S.A.) and Catholic Relief Services. John and I were present when the spots were taped in Los Angeles. Mr. Allen’s willingness to give of his time and talents on behalf of the hostages meant much to all of us.”

The Weirs provided an extraordinary testament of faith, of hope, of love by two individuals, their family, friends and a denomination that cares deeply about how we need to rely on God’s love and faithfulness all the time!