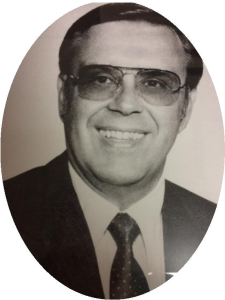 The Rev. Dr. Wayne W. Allen, who served as an acting executive for the Synod of the Trinity on multiple occasions, passed away Sunday, April 23, 2017. He was 84.

The Synod of the Trinity is grateful for his service to the Synod and our region.

From 1988-1992, Wayne was the associate director of the General Assembly Council for the Presbyterian Church (U.S.A.) in Louisville, KY.

Pine Street Presbyterian Church in Harrisburg, PA, called Wayne as its interim pastor from 1992-1993. In June of 1994, Wayne retired but remained serving the church as consultant to the Personnel Committee in Lackawanna Presbytery, and as a consultant for Carlisle Presbytery’s Visioning Task Force from 1995-96.

While serving in Donegal Presbytery, Wayne was its moderator in 1970. He was ordained in the Presbytery of Kittanning (now Kiskiminetas) in 1957.

Wayne is survived by his wife Sandy; his daughter Linda Thompson of Gettysburg; two sons, Jeffery of Vancouver, WA, and the Rev. Rodger Allen of McDonald, PA; as well as three grandsons, Benjamin, Jacob and Jordan Thompson.

Please keep Wayne’s family and friends in your prayers as they say their goodbyes to a faithful and loving father and friend. Cards and letters may be sent to the family using this address: Sandy Allen, 990 Oak Circle, Mechanicsburg, PA 17055.