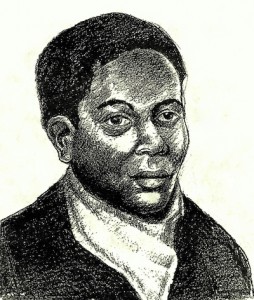 This year — 2017 — the Synod of the Trinity is celebrating 300 years of ministry. Praise God!! However, this celebration will be incomplete without the inclusion and recognition of the presence, the contributions, the witness and the ministry of African-American Presbyterians in and to the Synod.

For 210 years, beginning in June 1807 with the founding of First African Presbyterian Church in Philadelphia, African-Americans have been a presence — not always a welcomed presence — but a presence nonetheless within the Synod.

“The pastor of Philadelphia’s Third Presbyterian Church (now Old Pine Street), Archidald Alexander, decided it was time to create an African church in the Reformed family. At the 1807 General Assembly he met Gloucester, a slave and body servant of Gideon Blackburn. Impressed with Gloucester’s unusual gift as a preacher, Alexander persuaded Blackburn to bring him to Philadelphia to look over a field “white unto harvest.”

That spring, Gloucester began preaching on a vacant lot in South Philadelphia. His fine baritone voice resounded through the mean streets and alleys of the ghetto as he told the story of Jesus. His work led to the creation of First African Presbyterian Church, with 22 members in June 1807. The congregation received its charter from the Pennsylvania Supreme Court on Dec. 12, 1809 but was not accepted as a mission congregation by Philadelphia Presbytery until Oct. 16, 1811.

Known for its witness in Christian education and social welfare, the congregation suffered from the time and energy Gloucester had to expend on the road. He traveled between Philadelphia and Tennessee to qualify for a license to preach and to various cities to beg money for his congregation. He also had to raise $1,500 to purchase the freedom of his wife, Rhoda, and their four children who remained in slavery until 1811.

When Gloucester died in 1822, the congregation numbered about 300.

From the beginning of First African Presbyterian Church in 1807, a number of Black Presbyterian churches were founded within presbyteries of the Synod of the Trinity for ministry among and to African-Americans. Among those churches are:

There were several African Americans who made contributions to the Synod as staff persons. The first such person was the Rev. Dr. Shelton B. Waters, Director of Church and Community. Following Dr. Waters, there were:

Several African-Americans served as moderator of the Synod:

Numerous African-Americans served as chairpersons and members of committees and units within the Synod over the years.

As we celebrate 300 years of this Synod’s existence in one form or another — as we celebrate Being More Together — let us honor the life, witness and ministry of African American Presbyterians — Lest We Forget!