History: Kiskiminetas Presbytery – Plenty of change but still only one goal

Note: Most of this information comes from the work of the Rev. Bruce Shannon, honorably retired. 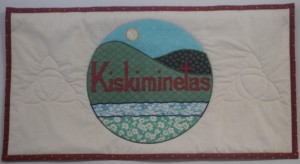 In 1870, the Kittanning Presbytery was formed out of portions of the Blairsville and Saltsburg Presbyteries. This section encompassed all of Armstrong County and the area of Indiana County that was north of the Black Lick Creek. At the same time, three presbyteries of the United Presbyterian Church in North America overlapped the areas covered by Clarion and Kittanning Presbyteries of the PCUSA. The Brookville Presbytery encompassed churches in Clarion, Jefferson, Elk, Franklin and Crawford counties as well as Lewistown in Mifflin County. The Conemaugh Presbytery included nearly all of Indiana County. The Kiskiminetas Presbytery of the United Presbyterian Church comprised all of Armstrong County and a few congregations on the south side of the Kiskiminetas River.

By 1950, the PCUSA presbyteries of Kittanning and Clarion voted to jointly fund an executive to serve both presbyteries. In 1958 the merger of the Presbyterian Church USA and the United Presbyterian Church of North America brought about significant realignment. The churches of Armstrong, Clarion, Jefferson and Elk Counties were placed in Kiskiminetas Presbytery, while the churches of Indiana, Cambria and Somerset counties were moved into the Conemaugh Presbytery. One executive was called to serve both the Kiskiminetas and Conemaugh Presbyteries.

The Kiskiminetas Presbytery was involved in nursing home care in both Kittanning and Indiana Counties during its history. It began a church camping ministry at Westminster Highlands camp, and with the combined presbyteries of Lake Erie, Shenango and Beaver-Butler, also Camp Lambec in Erie. Chaplains have been provided at Cook Forest and Clear Creek State Parks in conjunction with the State Council of Churches. A truck stop ministry was established at both the Brookville and Stratonville truck stops on Interstate 80, providing ministry to those spending down time there; this is now also operated in conjunction with the State Council of Churches.

While there have been many changes to the landscape of the Kiskiminetas Presbytery over the past centuries, one thing hasn’t changed: the people God has called to the churches with the Kiskiminetas Presbytery remain faithful to sharing the good news of the gospel to the persons in rural areas, small towns and small cities of Armstrong, Indiana, Clarion and Jefferson counties.