History: Presbytery of Lackawanna – Still reaching out to its brothers and sisters 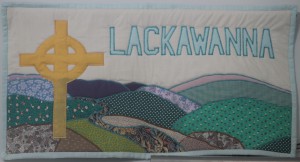 In terms of an organization date, the Presbytery of Lackawanna as it is named is one of the newer presbyteries in the Synod of the Trinity. But while it was organized in 1870, the roots of the presbytery obviously date back much further than that.

At the first meeting of the Presbytery of Lackawanna, which occurred at Spring Garden Presbyterian Church in Philadelphia, 20 ministers and six elders gathered. When the merger occurred, it brought together the churches of northeastern Pennsylvania and the wealthiest congregations of the coal region, “making it one of the strongest presbyteries in the land.” However, it was raised that “with all this wealth and adaptation for work the question may well be asked whether the church is doing all that it should for the elevation of the human race.” It was noted that with a large population of southern European immigrants in its region speaking different languages that there is a need “to be educated in our customs and language and most of all they need religious instruction.”

An evangelistic committee was formed to work throughout the coal regions from Forest City to Nanticoke. The committee was later told to include the cooperation of every church in the presbytery, which at the time included 300,000 people. It is believed this was the first time the Presbytery of Lackawanna moved as a body in evangelistic work. A kindergarten to educate foreign-speaking children was established within the presbytery, and it was noted at a presbytery meeting that 19 different languages were being spoken among the 80 students.

Outreach programs are nothing new to Lackawanna Presbytery, which has been involved with the Operation Honduras project for over 15 years. Operation Honduras helps fund an annual mission trip to that country by neighbors from northeast Pennsylvania.

Today, the Presbytery of Lackawanna consists of 49 churches and nearly 6,000 members.