Make a difference on Giving Tuesday and thereafter 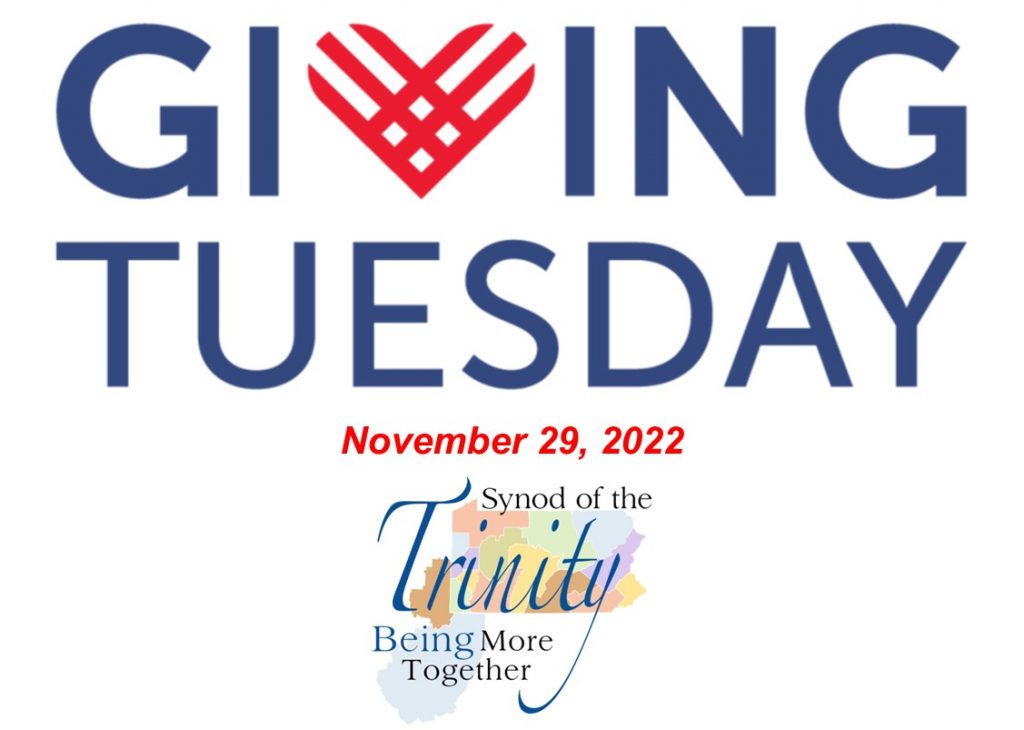 On Thanksgiving Day, millions of people across the United States will give thanks for all of the blessings they have received in the past year. The following day, which has come to be known as Black Friday, those same people will hit the stores in search of Christmas presents, giving their hard-earned money to the retailers for gifts to be placed under the tree in late December.

A second option that involves “giving” to businesses has taken storm in recent years with Cyber Monday, which is when online stores put their best prices out there for the public to gobble up deals for more soon-to-be presents. And now there’s “Giving Tuesday,” which allows people to dedicate a day to give to their favorite organizations as a kickoff to the giving season. In 2022, Giving Tuesday falls on Nov. 29.

Click here for Presbyterian Foundation resources for churches to use in planning and implementing a successful Giving Tuesday.

Started in 2012 by the 92nd Street Young Men’s and Young Women’s Hebrew Association in Manhattan, N.Y., and the United Nations Foundation, it was created as a response to commercialization and consumerism in the post-Thanksgiving season. While it started in the United States, in recent years countries around the world joined in the movement to help solve problems at both the local and national levels. In one year alone, Giving Tuesday raised around $27 million thanks to the more than 15,000 partner organizations in the U.S. and 15-plus countries.

“Everyone can be a philanthropist,” said Beverly Greenfield, director of media relations at 92nd Street Y, in an article in the Detroit News. “You don’t have to be giving a million dollars. This tries to get a lot of organizations in front of people and encourages them to be involved in their communities. … Giving Tuesday is about getting together and making a lot of news so we can get people focused on giving on a regular basis.”

On one Giving Tuesday, Good Ventures, a foundation started by Facebook co-founder Dustin Moskovitz and his wife, Cari Tuna, handed out $5 million in matching monies to GiveDirectly, a nonprofit organization that distributes cash payments to poverty-stricken people around the globe. Elsewhere, the United Methodist Church collected $6.5 million in donations from two dozen countries.

The Synod of the Trinity is challenging Presbyterians, their congregations and the presbyteries in our region to join in the Giving Tuesday spirit, even after Nov. 29 has passed. By clicking here, money can be donated to the Synod of the Trinity through Presbyterian Mission Exchange, a service of the Presbyterian Foundation. Money donated will support peacemaking grants, campus ministries or the many other ministries of the Synod. And while you are on the Presbyterian Mission Exchange, check to see if your congregation or presbytery is there and say “thank you” for their ministry by donating on Giving Tuesday.

To read about the PCUSA’s drive for Giving Tuesday contributions, click here.