A voice was heard in Ramah, wailing and loud lamentation, Rachel weeping for her children; she refused to be consoled, because they were no more. 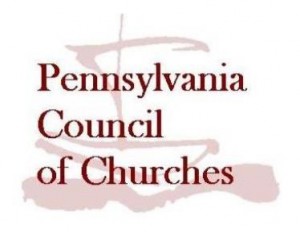 The Pennsylvania Council of Churches grieves the overwhelming anger, hatred and violence that has become a near constant scourge in our communities, our country, and the world — exemplified by the recent shootings by police and the shooting deaths of police officers in response. These shootings, and so many other episodes of violence we’ve witnessed in recent years, are indicators of the racism that continues to pervade our society and what appears to be a growing disregard for the sacredness of human life.

We pray for the families of all whose lives have been forever changed by the loss of loved ones, for the healing of individuals and communities that ache with pain following such acts of violence, and for the swift and complete recovery of those who were injured physically.

However, we confess at this time that sorrow and prayer are not enough. As the National Council of Churches has said, “Our society is in need of a radical transformation, away from suspicion and anger to trust and reconciliation.” We must be committed to working and advocating for racial justice — just as we have been committed to working and advocating for sensible laws and policies to reduce gun violence. This means more than just words.

Gradye Parsons, former Stated Clerk of the Presbyterian Church (U.S.A.), said, “There is a sense of a need to re-engage on a deeper level,” and that we must ask ourselves “if the communities that we are leading reflect the Gospel values that we say we have.” And Bishop Elizabeth Eaton, presiding bishop of the Evangelical Lutheran Church in America, has taken it one step further: “We are killing ourselves, and until we in the white community feel that the death of a person of color is our death, too, it’s not going to change.”

But retaliation against police, the vast majority of whom serve in a dangerous profession and are committed to protecting all people, regardless of race or other demographic characteristics, is not the answer. Answering violence with more violence only escalates violence and sorrow.

The Pennsylvania Council of Churches recognizes that all humans are God’s children, regardless of race, and that commitment to non-violence and racial justice is more than just words. We commit the Council to work and advocate for racial justice and reconciliation, including efforts to launch conversation and collaboration among denominations of different racial and ethnic backgrounds.

We call upon members and leaders to look deeply at the way prejudices seep into our actions and perceived motivations. We call on our members to seek relationships with other congregations of differing racial compositions, to incorporate racial justice into preaching and worship and to encourage honest conversations within their congregations. And finally, we call upon people of faith to urge our elected and appointed leaders and law enforcement officers to engage in education and establish laws and policies aimed at ending racism and violence in our communities and at every level of society.

The Rev. Elizabeth Bidgood Enders, President
Board of Directors, Pennsylvania Council of Churches