Synod of the Trinity Treasurer 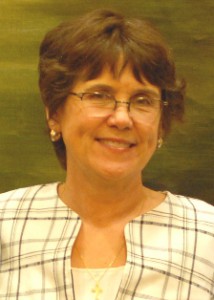 It’s now 1:15 p.m. PDT – or 4:15 EDT — and I’m briefly back at my hotel before heading back to the Oregon Convention Center for the 3rd Plenary Session of the General Assembly. Let me give you a few brief impressions from my first two days here.

First – the hospitality of the Presbytery of the Cascades is phenomenal. They were at the airport, at the convention hotels and convention center giving directions and information. The city of Portland itself is walkable and has good public transportation. The local arrangements committee did a wonderful thing to provide all attendees of the convention with a Metro pass for the entire convention – significantly making getting around easy and fun.

The convention center itself is quite good. In Goldilocks fashion – not to hot, and not too cold, and with a GOOD sound system and commissioner voting that works! The main meeting room is large – perhaps a little too large, in that at opening worship it wasn’t totally filled. If you’ve been to previous GA’s (this is my 4th – Minneapolis, Pittsburgh, Detroit and now Portland) – you begin to take note of these things.

Before opening worship, I went to the “Meet the Moderators” in the lower level of the convention center – where the two co-moderator teams stood for hours meeting and greeting anyone coming their way. There were two sets of co-moderators standing for election. For the first time ever, a Co-Moderator model is being elected, instead of a Moderator and Vice Moderator. The two sets being considered are Denise Anderson & Jan Edmiston (Co-Moderators) and Adan Mairena & David Parker (Co-Moderators). At the meet and greet, I met one of each set of co-moderators – and both have ties to The Synod of the Trinity. Jan Edmiston’s in-laws are the Lyons – our very own Lyons from Lackawanna – Char and Fred! Adan Mairena currently is a Teaching Elder at the West Kensington Ministry at Norris Square and the Yeadon Presbyterian Church in Philadelphia Presbytery. Needless to say, I made sure Fred and Char Lyon and Adan Mairena all had Synod of the Trinity 300th Anniversary buttons!

Opening worship was wonderful, and outgoing Moderator Heath Rada preached on the story of Joseph – on reconciliation and God’s unconditional love. The music was wonderful – some traditional, some more contemporary, all done well and with spirit. This continues to be one of the high points for me at GA.

My lunch adventure was the Portland block of Food Trucks. These are mostly ethnic foods – Greek, Tai, German, Italian, Indian – with some good old American hamburgers, hotdogs and grilled cheese thrown in for good measure. I ordered a grilled cheese – which was sinfully good – and headed back to the convention center.

For the afternoon – Plenary Session 1 – began with a special service in remembrance of those lost in the Orlando shooting. This service was opened with a call to prayer and witness, lighting three candles – one for the victims in Charleston and Orlando, one for the countless lives ended too soon by gun violence, and one for a “world free from violence and hate.” The litany and music were moving. The early plenary sessions are full of general reports on what is happening in the greater church – board of pensions, Presbyterian Mission Agency, Ecumenical partners, etc. I unfortunately did not write a list of who/what was covered but felt the time there was worthwhile.  At the end of this first session, the commissioners were then “trained” on how to ask to speak from the floor, vote, etc. I did NOT stay for that.

The Synod of the Trinity leadership gathered for an early dinner (5 p.m. here – but 8 p.m. back home), and shared food and fellowship. Susan and Ken Wonderland, Wayne and Nancy Yost, Barbara Chaapel and her husband Herb Ballentine (a past GA Moderator…. something I didn’t realize), and I enjoyed a wonderful dinner at a local steak and seafood restaurant. And we even made it back to the Plenary Session 2 in time!

The highlight of the evening session was the election of the 222nd GA Co-Moderators. The process was similar to past years – but modified for the “co” aspect. Each set of candidates were given five minutes to introduce themselves to the assembly. Then commissioners and advisory delegates were invited to ask questions from the floor. Each pair of candidates were given three minutes to respond to questions – with one or both responding. The questions ranged from questions regarding congregations leaving, to bringing (or retaining) youth in our congregations, to personal faith questions. Both sets of candidates answered candidly and with humor.

At the end of the 30 minutes of questions, the candidates were asked to retire to the back of the podium (out of sight) – and the election was held. First the Advisory Delegates (YAAD’s and seminary advisory delegates) voted – to “advise” the commissioners. Their results were displayed – and they indicated a decided preference for Jan and Denise. Then commissioners voted. By an approximately 4-to-1 margin, Denise Anderson & Jan Edmiston were elected to serve as Moderators for the Presbyterian Church (USA) for the next two years. Needless to say, they were enthusiastically and warmly received. They had many family members join them on the podium for their installation. What a wonderful way to end the first day!

It’s now 7:15 p.m. on Sunday evening. I feel I’ve been too wordy – so I’ll make today’s notes shorter (or not). The day began with worship at one of the many of the Presbyterian churches within the area. I worshiped with Sue and Ken Wonderland and Doug Portz at First Presbyterian Church in downtown Portland, about a 10-minute walk from my hotel. It was a beautiful sanctuary – and we filled the pews! The guest preacher for the day was Rev. Craig Barnes, the President of Princeton Theological Seminary. He was excellent, as he preached in Psalm 137 (by the Rivers of Babylon), Ezekiel 37:1-6 (Dry Bones) and the Prodigal Son – and God’s unconditional love. There was also a delightful children’s choir from Atlanta – in addition to the excellent choir and music of the church. Again – corporate worship was uplifting and full of hope.

Then another lunch from the Food Trucks (only a block away from the church) – this time Greek Farfalle Sandwich – then back for Plenary Session 3. This session was mostly informational – but did include the nomination of the two candidates for Stated Clerk of the PC(USA). The Stated Clerk Nomination Committee presented the Rev. Dr. J. Herbert Nelson as their candidate. Ginny Rainey, Stated Clerk from Huntingdon, served on that committee. I was VERY impressed with their process – and their presentation. A second nomination was made for the Rev. David M. Baker. A process similar to the Moderator election will take place Friday morning.

The last thing I did today was go to the Co-Moderator’s Reception – which was a mob scene in an upper level “ballroom” (more like a large lobby) – with iced tea and appetizers. It was hard to figure out whether you were in a food line – or the line to meet the moderators! I managed to barely get to the moderators before their “handlers” ushered them off to their next duties.

Our commissioners have work tonight – their first meetings in their assigned committees. They are randomly assigned to one of 13 committees, some rather routine, others containing passion and controversy. Their hard work is really beginning. Tonight these meetings are closed – while they discuss the process and get to know their other committee members and leaders.Keep them and the entire denomination in your prayers.