The third and final round of DREAM Grants have been awarded through the Presbyterian Church (U.S.A.) and two more congregations within the Synod of the Trinity were named as recipients of the monies. DREAM Grants, which stands for Developmental, Risky, Experimental, Adaptive Mission, are the result of funds that have been given to support historic missions of the PC(USA), particularly among racial ethnic and rural populations. The funds come from the Presbyterian Mission Agency aimed at helping churches start new ministries in their communities.

All told, eight congregations within the Synod of the Trinity were awarded DREAM Grants during the three-round program with a total of $75,000 going to those congregations. The previous six had all been awarded $10,000 grants.

The following is a description of the programs that were awarded DREAM Grants in the Synod of the Trinity: 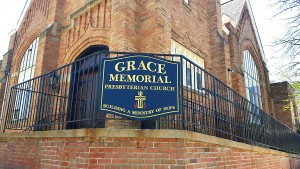 The Community Regeneration Initiative, which received a $10,000 DREAM Grant, aims to help reduce recidivism (the rate at which former inmates are rearrested and return to incarceration) in Pittsburgh’s Hill District community where Grace Memorial is located. According to statistics, 22,400 people are released from jail every year and 65 percent of them will return at some point in their lives.

As a parallel program to the Pittsburgh Presbytery’s Plight of the African American Male overture that was approved at General Assembly in 2016, the Community Regeneration Ministry would create a young adult/middle-aged ministry that seeks to bridge the gap between generational, social and educational divisions within the community that promote fear and distrust among people both spiritually and socially. Among the ways in which this program would help newly-released inmates adjust to re-entry into society are to assist in job searches, family relations repair where needed, addiction recovery, walk with them in their faith journey and simply by just being a friend/fellow disciple of Jesus Christ.

A deacon at Grace Memorial will lead the program. This person is a former 25-year state-correction inmate who was paroled seven years ago. He manages a halfway house for newly released former inmates and is drug rehabilitation counselor who is working toward an undergraduate degree. The goal is to keep track of the recidivism rate of those involved in the program with the hope of cutting the 65-percent return-to-jail rate in half. 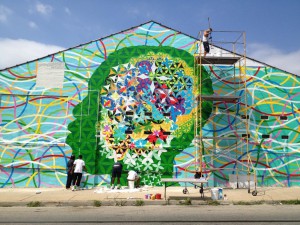 A $5,000 DREAM Grant was awarded to Olivet Covenant Church in Philadelphia, which is planning to expand the partnership between the congregation and the Philadelphia Mural Arts Restorative Justice Guild. The goal is to include the Presbytery of Philadelphia in an outreach to newly-released prison inmates (Guild members) and to connect them with churches in the presbytery to help break the “school to prison pipeline” that exists in Philadelphia. Statistics show that Philadelphia has the largest per capita incarceration rate of the country’s 10 largest cities.

Among the goals of the Pipeline to Redemption program is the painting of a mural in the city that reflects both the 300 years of history of the presbytery and fostering greater understanding of the former inmate population who are the neighbors and co-creators of the project. Because a large percentage of the prison population consists of persons of color, this program will also build on previous presbytery conversations on race, bias and privilege as they affect the area communities.

Those who have spent time in prison are basically invisible in the day-to-day lives of most of the congregants. By promoting direct interaction between these populations with a shared mission and objective, this initiative will promote mutual awareness. By taking steps to venture outside of both groups’ comfort zones, both will benefit.