For Helen Cochrane, it’s been ‘A Serendipitous Life’ 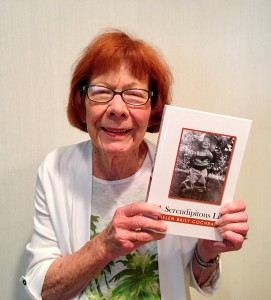 Despite the obstacles that came her way, Helen Cochrane overcame them to produce a fulfilling career in ministry that spanned five decades. Those struggles are just part of her autobiography titled “A Serendipitous Life.” Written in 2012, the 242-page hardcover book begins by introducing her parents, continues with childhood tales, then takes readers through her schooling and early adulthood before detailing her switch from a mother and piano teacher to one of a Presbyterian minister in Pennsylvania.

“I always liked to write, and it just seemed like it would be fun to do,” said Helen, who is now 87 years old, on why she chose to put her life story in print. “I always thought it might help women, although it’s at the point now where it’s not an issue. I tried to show the kinds of things I went through and how I overcame some of the barriers. They’re not all gone, obviously. You still look at numbers, but not so much in our church. There are still churches in denominations that won’t ordain women.”

“Serendipitous” is an accurate way to describe Helen’s life. By definition, the word means “occurring or discovered by chance in a happy or beneficial way.” She describes many influential moments in her life.

Helen’s father was a banker during the great stock market crash of 1929. She remembers hearing stories of how he stood outside the bank and tried to convince people to keep their money in the financial institutions.

“There were prejudices there, too,” Helen said. “Teachers didn’t believe women should be ordained. One of the professors – to an extreme – was taking the class to Europe, but I couldn’t go. I was the only woman in the class. It would have been hard, so I didn’t fight to go.”

After graduating from Penn State, she met and eventually married Norman her husband of 54 years. They had three children, and in those days the mother stayed home to raise her kids. She was also involved with her church in Pittsburgh – Hamilton Presbyterian Church – and volunteered her services there. That led to a desire to teach piano at home, and that job grew into a career where she was instructing 25 students on a regular basis.

“I felt that I wanted to do more,” Helen said regarding her volunteering at Hamilton Church. “I knew more than all of the men who were on session. I was active in Christian ed, and then I thought, ‘Well, I can do that.’ My first goal was to become a Christian educator.” 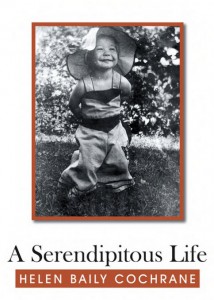 She would later move to Harrisburg and took classes at Gettysburg Seminary to become a Christian educator. Those classes would lead to a desire to become a pastor and more classwork at Pittsburgh Theological Seminary.

“When I was at Westminster Church during my student years, there was a man on the session there who said, ‘You realize you’re going to face a lot of obstacles just getting a job?’” Helen recalled. “I said, ‘That’s fine. I’ll face them. I’ll get a job.’ It wasn’t that he was trying to discourage me, he was trying to be realistic. I just wanted him to know that I had already considered that.

“There was one place I know I didn’t even get an interview (because I was a woman). You knew where the prejudices were and I just kept going. I’m a pretty determined person.”

She was ordained at Westminster Church, became an associate pastor there and occupied the same role at Hamilton Church. Her first full-time call also came in the western Pennsylvania area at Sharon Community Presbyterian Church.

Helen lost her husband in 2004 and currently resides in Bethlehem, PA. She remains active through her work as a member of the Board of the Literary Arts Friends in Chautauqua, NY. She didn’t rule out the possibility that she might write another book somewhere down the road.

“I have a certain pride of putting my life in a book that I think is interesting,” Helen said. “There’s a lot of fun stories. Part of it is to tell the story of how I was raised. My parents were both idols for me.

Note: Copies of “A Serendipitous Life” are available on Amazon by clicking here.