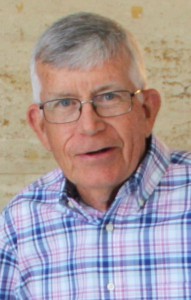 The Rev. Frank Mansell Jr., the Presbytery of West Virginia’s former acting stated clerk and interim head of staff, passed away on Dec. 22, 2017. Frank, a past staff resource person for Quadrant 4 in the presbytery, was 77.

Before his retirement, he was the pastor of Village Chapel Presbyterian Church in Charleston, WV, from 1983 to 2006. In 2000, he served as the moderator of the Presbytery of West Virginia, and he also served on a number of committees in the presbytery, most recently the Administration Committee.

Prior to his call in Charleston, Frank served Presbyterian Church (U.S.A.) congregations in West Monroe, LA, and Memphis, TN. He was also a commissioner to the General Assembly of the PCUSA in 1974.

A complete obituary can be viewed here.

The Synod of the Trinity is grateful for the work and service of Frank Mansell to the region and sends condolences to his family and friends.