For 150 years, Grace Memorial Church has been a beacon in the Hill District in Pittsburgh 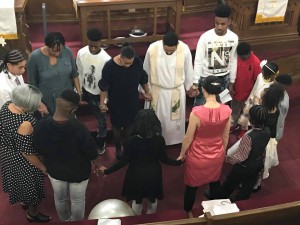 Henry Highland Garnet, a former slave, came to Pittsburgh in 1868 after being appointed as the new president of Avery College, an institution of higher learning for African-Americans. He stayed two years, and by 1873 the college closed its doors after just 24 years in existence.

However, while Henry, who was also the first African-American to speak before the House of Representatives, was in Pittsburgh, he started a Presbyterian church for blacks who were worshiping at the integrated Sixth Presbyterian Church in Squirrel Hill. This venture had much more success and staying power than Avery College, as 150 years later what is now Grace Memorial Presbyterian Church is still going strong.

A century and a half of ministry at Grace Memorial is being celebrated in 2018, culminating with a gala on Saturday, Nov. 17, at nearby Edgewood Country Club. Presbyterian Church (U.S.A.) Stated Clerk J. Herbert Nelson will be the guest speaker, and tickets can be purchased here for $50 each. The Planning Committee at Grace Memorial is anticipating more than 200 people to join it in its celebration in mid-November.

“We want to celebrate with all of the other churches in our presbytery and all of the churches in the city,” said Stephanie Simmons, the chair of Grace Memorial’s Planning Committee. “There’s a lot of organizations that don’t last 150 years, let alone a church. This is a huge milestone.

“It is through his (God’s) grace that we are the congregation that we are, that we are as strong as we are. Even through the rough spot we had just a few years ago (with declining attendance), he’s kept us focused and grounded. He’s always working with us. We never forget the fact that we have to step out on faith. God is always there; he’s never left us alone through everything we’ve been through. His grace has been at Grace.”

There have been several other events this year surrounding the anniversary celebration at Grace Memorial, which is the oldest African-American Presbyterian church in both Pittsburgh and Allegheny County. Things kicked off in January with the official installation of current pastor Gavin Walton, and there was also a Presbyterian Women’s prayer breakfast in September that commemorated the milestone. And J. Herbert will wrap up the weekend of events by preaching at the Sunday, Nov. 18, Friends and Family Day worship service at Grace Memorial. 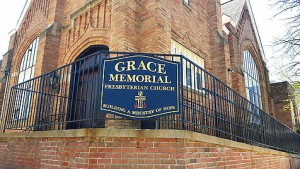 As is the case with many churches, attendance numbers have dipped over the years at Grace Memorial Church, but starting with the ministry of the Rev. Samuel George (1971-91) and continuing with the leadership of the Rev. Dr. Johnnie Monroe (1993-2009), Grace Memorial has seen its worshiping body steadily increase in recent decades.

“(Rev. George) was instrumental in helping grow the church,” Stephanie said. “Under his leadership, our children’s ministry really took off. That’s when our membership really started to take off, and then Dr. Monroe grew it even further.”

Johnnie, who is Grace Memorial’s pastor emeritus, and Alicia George Alli are honorary co-chairs for the anniversary events. Alicia is the daughter of the Rev. Samuel George. Grace Memorial has been at several locations in the Hill District of Pittsburgh throughout its history before settling on the current Bryn Mawr Road property exactly 60 years ago. Ten years later in 1968 while under the leadership of Dr. Harold Tolliver, Grace Church started the Community of Reconciliation, an inter-racial church in nearby Oakland, PA.

“Grace has always had a strong community outreach, touching the lives of those outside the walls of the church,” Johnnie said. 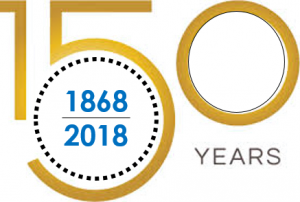 According to the church’s website, “The reason the name Grace was chosen is not included in the written history. Many believed that the 30 founding members believed that it was God’s grace that helped them organize and that God’s grace would keep them through the years.”

God’s grace has certainly kept Grace Memorial going and thriving for a century and half in the Hill District of Pittsburgh. And it seems as if there is plenty more to go around.

“When you think about the time when this church was formed in 1868 and the forming of a church as an African-American community was something that was a risk in itself,” Stephanie said. “God has sent us awesome leadership to help us through all of the transitions during the 150 years. There have been some very strong pastors come through that have helped us navigate through history and through growth and continuing to feed this church.

“We have been a safe-haven in the Hill District area, being that beacon on the hill. Dr. Monroe would say we are building a ministry of hope and looking out to the future where we say, ‘You are welcome in this place.’ We are all worshiping one God, one Christ. We’re all in this community and everybody’s welcome. We’ve always wanted to be that safe-haven. The African-American church has been rooted in being a sanctuary, a safe-haven, and we want to keep that going for the next 50, 100, 150 years.”