What follows is a report from Anne Guenin, the director of Downtown Daily Bread, which is a ministry of Pine Street Presbyterian Church in Harrisburg, PA. 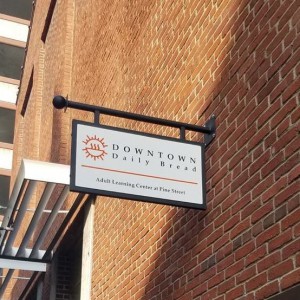 The Downtown Daily Bread’s Workshops for Living project was developed in partnership with Tri-County Adult Learning Center in Harrisburg. The project was designed to provide DDB clients with access to information, technology and resources to move them closer to self-sufficiency and provide a holistic service approach to homelessness.

Project staff accomplished this by offering DDB clients daily informational workshops held in the second floor Computer Resource Room at the shelter. The project staff facilitated instruction in basic literacy (reading, writing and math), computer literacy and employability skills. The overall goal of the project was to help each client identify a specific daily living task that could be addressed in one workshop session. By offering self-contained contextualized help, clients would receive the immediate help they needed to solve a presenting problem.

There are hundreds of homeless individuals in our community. Many are chronically homeless due to mental illness, addiction or prior legal offenses. Some are temporarily homeless due to rising rent prices, loss of employment or leaving an unstable family situation. The majority of DDB clients are African-American and male, ages 18 and above. Seven percent are veterans.

The Workshops for Living model of delivery proved to be successful for DDB’s transient population. This population has limited access to traditional service providers. Traditional providers often have enrollment and residency requirements that prohibit the transient population from participating. Additionally, these providers often have participation requirements that are not realistic for homeless individuals. The Workshops for Daily Living met the needs of the participants by eliminating these restrictive requirements.

The project had five primary goals:

Through December 2018, 74 unique clients attended the workshops. These individuals are homeless in the Harrisburg area and attend Downtown Daily Bread’s Day Shelter for meals, basic needs and counseling services. 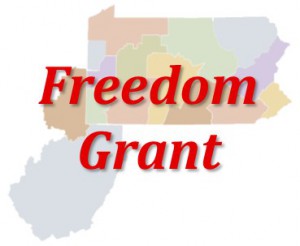 The majority of people, understandably, attended during the cold months of January (13%), February (14%) and March (15%). Attendance during the summer months of June (3%), July (3%) and August (9%) was low. We can speculate that more people attended in the cold months due to the weather. The workshops were a safe (and warm) place. People were clearly more likely to use the Day Shelter to escape the cold. Incorrectly, we expected more people would attend in the summer because they would have the opportunity to escape the heat. However, attendance reflected the opposite outcome.

Two instructor/supervisors employed by Tri-County OIC facilitated the workshops. Both used a variety of instructional delivery methods including small group instruction, one-on-one tutoring and computer-assisted instruction. Because most participants were interested in non-specific academic support, the project staff did not need as many instructional resources as originally planned. Staff used web-based programs to support academic instruction. As a result, grant funds were used to pay for salaries, benefits and instructional supplies.

While the original survey data indicated that the interest in class subject area was evenly distributed among three major areas – technology (28%), employability (36%) and academics (36%) – the actual activities in which the students participated had this distribution: technology (30%), employability (52%) and other (17%).

The number of participants who requested assistance in any academic-related activity was minimal and insignificant. The number of people who were interested in job-related and employability assistance was significantly higher than originally indicated by the interest surveys.

Examples of “other” activities in which the students requested assistance were:

The most successful participant in the workshops was G. Brown, an African American in his early 50s. G. Brown is a veteran. When he first started, he was homeless, unemployed, disconnected from his family and an ex-offender. While at the workshops his instructor spoke to him about OIC’s SOAR program for ex-offenders who are trying to create a career pathway. G. Brown was eager about joining the SOAR program. His teacher referred him to an OIC case manager. Within months of joining the program, G. Brown made remarkable steps toward improving his life. His veteran’s status allowed him to find six months of temporary housing. He found temporary employment. He received his forklift certification. Most importantly, he completed one of his personal goals: reconnecting with his wife and children. He is well on his way to becoming self-sufficient.