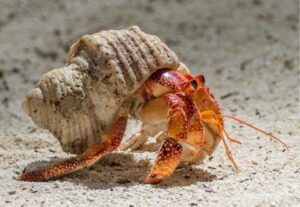 At a recent presbytery meeting, I witnessed a candidate’s floor exam for ordination. You might wonder why I would say so in a Christmas reflection. Presbyterian floor exams, normally, are neither unusual nor Christmassy.

But this one was both. That fact, more than anything else this month, has put me in a holiday mood.

After a number of unsurprising questions, the exam took an unusual turn. For the first time since seminary nearly 30 years ago, I heard someone utter the word “Apollinarianism.”

The challenge hinged around the following words in the candidate’s statement of faith: “Jesus Christ is God in a human body, which He inhabited…” Her word choice seemed to leave open the prospect that Christ was not fully human.

God, the language risked implying, did not assume all of human nature, but only occupied part of it, much like a hermit crab does with its shell. Had God done so, we could not hope for the salvation of our full humanity. Part of us — an essential part — would remain cut off from God’s perfection.

Such was the Apollinarian heresy. In his desire to assert Christ’s full divinity, Apollinarius characterized Jesus as body, soul and Logos (all other people are body, soul and human spirit). Part of humanity remained untouched by divine perfection, and therefore remained unredeemed. 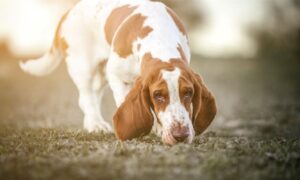 The questioner at the presbytery meeting noticed as much. “Inhabiting a human body” triggers orthodox zealots like hound dogs on a scent.

Heresy-hunting is not popular among presbytery commissioners these days. Insisting on theological precision — and especially requiring such precision of a nervous 30-something standing in front of a room full of career ministers — is about as welcome as playing grammar police. At best, people will accuse you of being another Mr. Spock.

But many folks who find theological wordsmithing tedious at best and oppressive at worst will readily argue that language does matter. Consider the discussion around whether someone is a “homeless person” or a “person experiencing homelessness.” “Potayto, Potahto,” you may say. But I bet you know someone who doesn’t.

So, language matters. It may just be a question of which language. And when it comes to proclaiming the Gospel, some language especially matters.

You might not have heard the name Apollinarius. But you’ll recognize the importance of Christ’s full humanity. To suggest anything less, even indirectly, endangers our deepest hope.

This is what made the discussion so important to me. This is what awakened my holiday mood.

For Christians, Christmas goes beyond the spirit of giving and joyful family get-togethers. The holiday declares that God became one of us: “The Word became flesh and blood, and moved into the neighborhood” (John 1:14, MSG).

But even more — and this may be a less commonly voiced truth — Christmas declares the event in which we might find hope for the entirety of our human selves. God, in all respects, fully took on the realities of human existence. If God hadn’t, at least part of us would still remain out in the cold.

One of Apollinarius’s most decisive opponents said it more memorably. 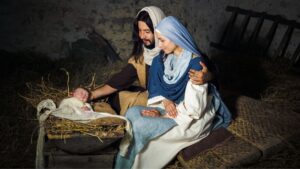 For that which [Christ] has not assumed He has not healed; but that which is united to His Godhead is also saved.[1]

Just like the questioner, I hesitated over “…a human body, which He inhabited…” But I kept reading. And in the candidate’s statement, I ran across more words, words that also matter, words that spoke an orthodox Gospel Word to me as I reflect on the Incarnation.

In the person of Jesus Christ we experience perfect union with God once again. This union mends the chasm wrought between God and God’s people in the violence of the Fall.

“Perfect union.” “Mends the chasm.” Yes! Any concerns of heresy in the earlier words disappeared.

The perfectly complete God and everything about the loved-but-desperate human come together fully in one person, two natures “without confusion, without change, without division, without separation.”[2]

Who Christ is, then, matters for what Christ does. The Atonement does not stand apart from the Incarnation. Holy Week and Christmas are quilted into a single cloth of healing, redeeming and saving. Though the path of the stitches between the two could occupy us for a lifetime, the thread is never cut.

It may sound odd to spend the Christmas season remembering a cluster of fourth- and fifth-century theologians from halfway around the world. But I hope you’ll indulge me. For the young woman’s statement and her floor exam gave me one of the most Christmassy moments I’ve experienced this December.

Her words and the conversation weren’t as sentimental as the songs in the shopping centers or as convenient as Amazon’s next-day delivery. But more than either of these, they brought me back to what Christmas — and the proclamation of our hope — is all about.

I think I’ll tell her.

Somewhere along the Way—

[1] Gregory of Nazianzus. Notice that salvation here is an existential thing, not a transactional one. Our very beings, damaged by the effects of Adam’s sin, are restored through union with God—a union that can only occur through someone who is perfectly human and perfectly divine. This salvation goes much deeper than paying a debt or assuming a penalty on behalf of another.

[2] The “Four Adverbs” — a key part of how the Council of Chalcedon clarified the relationship between Christ’s divine and human nature.