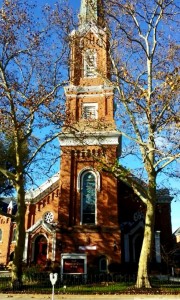 First Presbyterian Church of York celebrated the 50th anniversary of its merger with Faith PC in December.

It was 1965, over two years since Martin Luther King Jr. had delivered his famous “I Have a Dream” speech in Washington D.C. But about two hours north in York, PA — a racially-divided manufacturing city of over 50,000 people — there was still civil unrest. Riots were making headlines, and black and white gangs ruled the streets. Eventually, the National Guard would be called in after a gang-related shooting death took the life of a young black woman from South Carolina who was simply visiting the town with her family and wandered down the wrong street.

“York was not a pleasant place to be at that particular time,” recalled Virginia Hunter. “There were race riots going on. I can remember hearing the police tanks going through our neighborhood.”

Segregation was still very much a part of the vocabulary in York. And that’s what made what happened between two Presbyterian churches located roughly a block apart all that more meaningful and historic. Virginia’s Faith Presbyterian Church, a black congregation with about 100 members, was struggling to stay afloat. It needed to make a decision on how to continue its ministry and eventually decided to merge with First Presbyterian Church, a 1,000-person white congregation. No, this decision did not sit well with everyone at Faith – or First for that matter – but 50 years later this merger is still a watershed moment.

“When you consider all that was going on, this particular merger was a gigantic step in faith for both churches,” Virginia said.

Faith and First were neighbors in York but segregation and prejudice kept them apart on Sunday mornings. First was a “mother church” to Faith from the beginning. In fact, Faith started as an offshoot of First for the black servants who were working for their employers who attended First. As the years went by, that worker-employer relationship remained for those at Faith and First, keeping the bond tight between the two congregations. 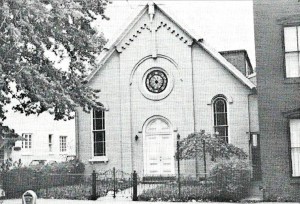 Not everyone at Faith Presbyterian Church in York was in favor of the merger with its First neighbors.

By the mid-1960s, things were getting tough for Faith as it struggled to keep its doors open. The congregation turned to First for financial support, and even though First responded, the ministry at Faith PC was not sustainable. Faith was given three alternatives: disband the congregation and have each family go its own way, turn Faith into an inner-city mission, or merge with another nearby church. To help make its decision, the national Presbyterian Church (then based in New York) sent in a preacher named the Rev. Dr. Douglas Parks, who was white, to lead all-black Faith. At the time, only two other black churches in the country had merged with white congregations, and the national church hoped Faith would be the third.

One night in 1965, both congregations’ sessions voted simultaneously on the merger idea, with Bill Snowden running back and forth between Faith and First to relay the latest discussion topics. Faith was the first to log a decision, voting unanimously to merge with First. First then held its vote, and it passed by a two-to-one margin to merge with its black neighbors.

Rev. Parks had been instrumental in helping lead Faith into this merger. In fact, Rev. Parks actually talked to Martin Luther King Jr. about the possibility of a black congregation combining with a white church months before the session votes were taken. Rev. Parks had traveled to Selma, AL, to march with Dr. King during the Voting Rights Movement and spoke to him about the situation in York, and Dr. King encouraged the merger.

“We had a lot of friends in the black community who wanted to know why we were going to this white church,” said Elaine Carr, a member at Faith who made the move to First.

Virginia estimated that only about half of the Faith congregation ended up making the move to join First Church. There were also several white members at First who did not continue worshiping there after the merger. As Virginia remembers it, those from Faith who made the transition to First were welcomed with open arms.

There was plenty of curiosity among the white congregation shortly after the merger was complete. Elaine remembers those early days and actually gave birth to the first black baby in the new congregation.

“The first few Sundays were interesting,” Elaine recalled. “They wanted to touch your hair. They wanted to know how it felt to be black in this white church. They really didn’t want to change the kids’ diapers. They looked at the way you dressed, because they were really conservative here. They always said I talked too loud.”

Because of the size of the building at First and the need for repairs at Faith Church, the First building was used to house the new congregation. It’s where the congregation continues to worship to this day. Attendance has dropped to between 400-500 on a Sunday morning, with roughly 20 of those people being black. Even though the church’s history is a distant memory for some – and has to be read about by others – First Church is looking again to make new strides in the community. 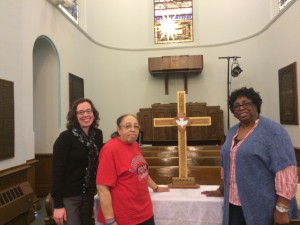 “We would love to increase our outreach,” said the Rev. Allison Beaulieu, the associate pastor and temporary head of staff at First PC. “We are a predominately suburban congregation serving in an urban context. Many of us live in the suburbs of York. I would love to see us reach out more to our immediate neighbors. I would also love to get the church more involved in social justice issues and urban ministry, to really draw on its roots, which is a very diverse, welcoming congregation, and really increase awareness of social justice issues and the need for us to live out the Gospel in radical ways.”

Similar to long-time members Virginia and Elaine, Allison grew up at First Church.

“I was born into this church,” said the 38-year-old. “I inherited this wonderful tradition here of celebrating diversity. I remember going to Sunday School with African-Americans and being taught Sunday School by Virginia Hunter and Elaine Carr. They instilled in me a sense that God loves everyone regardless of their skin color.” 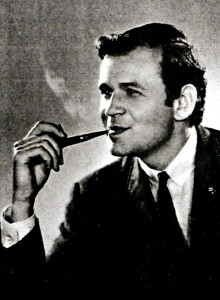 The Rev. Doug Parks was sent to York to lead a black Presbyterian congregation’s merger with its white brothers and sisters.

First Church celebrated the 50th anniversary of the historic merger on Dec. 13, 2015, with a sermon titled “Interrupted by Joy” from Allison. She eloquently connected the merger through the Bible story of Mary and Elizabeth. For Virginia, that sermon ranks highly among those delivered in the history of First Church, rivaling one by former First pastor Rev. Dr. Richard Oman who preached “The Anatomy of a Rumor” months before the session votes were taken. With the merger votes looming, that sermon asked the congregation “What am I, as a Christian, to do? Not, what am I as an individual, nor as a citizen, nor even as a member of this church, but ‘What am I, as a Christian, to do?’”

It’s been a wonderful, groundbreaking and exciting journey for those involved. And it’s continuing in the city of York, PA, through a spirit that has graced a neighborhood that was in upheaval and guided it toward that memorable vision of Dr. Martin Luther King.

“Had it not been for God’s hand, we would not have a congregation,” Virginia said. “I truly believe that this was one of God’s plans. We don’t always know what God is planning, we don’t know why he plans things, but I think this was a plan of his. He sent the two pastors – Dr. Oman and Dr. Parks – there for us.”

At its February 2016 gathering, the Presbytery of Donegal celebrated the 50th anniversary of the merger by viewing a video produced by the Hunter family and receiving remarks from the Rev. Allison Beaulieu.

“This merger was of God,” Allison said. “I really don’t think anyone of us could have done this on our own. This was something that was orchestrated by God from the very beginning. And now we are called to bear witness to what God has done. This is God working in our lives to bear witness to the reconciliation that we have in Jesus Christ.”