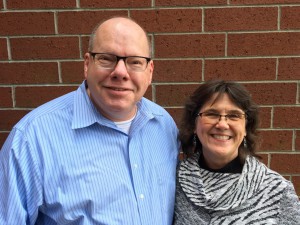 The Rev. Ken Hockenberry was hoping he could attend this year’s General Assembly as a commissioner for the Presbytery of Chicago, but he wasn’t counting on it. And now, not only is he going to be in St. Louis for the 223rd biennial event, he’ll be standing for vice moderator.

Ken is the running mate of Chantal Atnip, the treasurer and Strategic Ministry Support of the Synod of the Trinity who is part of one of three teams vying for the moderator position at June’s General Assembly of the Presbyterian Church (U.S.A.).

“I never considered standing as moderator,” he said. “I’m new to Chicago Presbytery, and I was asked to submit my name to stand for commissioner, and to be honest I didn’t think I would get it. I figured I’m new to this presbytery, I probably won’t be elected. I was really quite surprised when the vote was announced.

“I bring an experienced presence and longtime service in the Presbyterian Church. I’m a cradle Presbyterian and I have a high commitment to the church. I bring a calm, seasoned wisdom to how the church can be effective in mission and ministry.”

For Ken, who had met Chantal just once before, the phone call came completely out of nowhere. After a few days of discernment, Ken accepted Chantal’s invitation to be her vice moderator. He admitted that Chantal’s spirit and enthusiasm won him over.

“She has a good passion for the church,” Ken said. “She described a spiritual experience at a regional Synod meeting, and those are hard to explain, but I think they’re profound experiences. She has this conviction of hope for the church, the desire to serve in a greater capacity, so I responded positively to that.”

One of Chantal’s main points of emphasis during her run for moderator has been for the church to become reconnected. It’s a mindset that certainly resonates with Ken.

“It (being unconnected) detracts from being unified in our mission,” Ken said. “It’s good for us to be connected so that we can be more effective in doing the mission and ministry of Jesus. It’s about effectiveness in our mission. If we were more connected, had a more sense of community between churches, I think that would help.”

Ken, who is currently serving as the interim pastor at Carter-Westminster United Presbyterian Church in Skokie, IL, is no stranger to the General Assembly, having attended several times while serving as stated clerk for the Presbytery of Mid-Kentucky from 1996-2014. He also has moderatorial skills from his days in that position in the Presbytery of Cayuga-Syracuse. 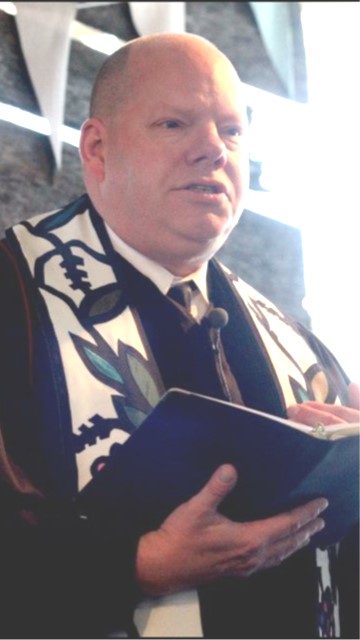 “I would hope to be a support to Chantal,” said Ken, who is a graduate of Grove City College in Grove City, PA, and Princeton Theological Seminary. “The moderator does need a break or two during the meeting of the General Assembly. I want to be a good support and backup to her.”

Ken is receiving full support from his congregation to pursue this role in the national church. While most of Chantal’s time would be spent visiting Presbyterian churches around the country, Ken is also excited about the possibility of doing some of that work despite being a full-time pastor in a new setting.

“I would like to do some of that,” Ken said regarding being a traveling representative of the denomination. “My session gave me an encouraging word of endorsement to put my name into the hat for this. They are very pleased that this has happened.”

Looking ahead to General Assembly, Ken is curious to see how the structure of the denomination will be affected going forward.

It all adds up to an exciting time in the denomination and one that Ken hopes he’ll get to see threw new eyes should Chantal be elected moderator.

“I was flattered and honored to be asked, and if the way is clear, it would be a great opportunity for service,” he said. “I’ve always had an affinity for Barnabas – his story is the child of encouragement – so I would want to be someone who can encourage the church in its mission and ministry.”