Number and structure of synods affirmed by General Assembly

by Barbara A. Chaapel
Immediate Past Moderator
Synod of the Trinity

The General Assembly meeting in Portland in June voted to rescind the decision of the 2014 General Assembly that would have reconfigured and reduced the number of synods in the PCUSA to between 10 and 12. The vote to rescind was 421-158. (Read a story on the vote here.) Going into the Assembly, all of the 16 synods in the country had studied the 2014 action and determined that restructuring would not strengthen or enhance their mission and ministry and that such restructuring could represent a large fiscal expense. 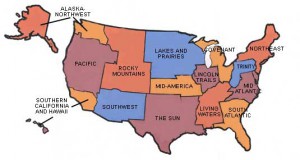 Todd Freeman, moderator of the Assembly Committee on Mid Councils, told the commissioners that his committee had heard a lot of evidence that synods are already exploring mission partnerships and shared functions. This is certainly true in the Synod of the Trinity, as we focus on regional partnerships in the context of policy governance, our new way of governing.

Representing the Synod of the Trinity, I sat in on the meetings of the Assembly Committee on Mid Councils and spoke during the hearings. Why do I think the Assembly made the correct decision?

First, different contexts and geographies mean that different synods have different mission priorities and ways of working to support their presbyteries. Some synods provide leadership to presbyteries that have little; some use key funding to nurture or kickstart new ministry initiatives; others are basically ecclesial only. One size does not fit all.

Second, the General Assembly, through its The Way Forward Committee, voted to examine the entire national structure of the church and its councils, and to take a long-range look at the denomination’s future. “We don’t want to tinker with the structure until we have done the work of visioning,” they said. “We want to tap into the bottom-up energy in the church today.” Synods will be part of this process, and it does not make sense to restructure synods apart from and before this overall examination and visioning.

Third, most synods are already engaged in organic change, finding cross-boundary opportunities for partnership and creative ways of working together. This organic, ground-up change is theologically more consonant with our Reformed theology than is a top-down mandate. We must water and nurture good things already happening at the synod level.

All synods agreed that the discussion and study around the issue of reducing the number of synods has brought energy and creativity to their work, and we look forward to continuing the conversations and partnerships that have begun.