March 17th is widely known as St. Patrick’s Day. It’s a day of celebration, especially in Ireland where in the fifth century Saint Patrick did work that led him to eventually be known as the “patron saint of Ireland.” March 17th is also believed to be the day Saint Patrick died, so it’s also a time of quiet reflection and remembrance for some.

On March 17, 2015, it was also a day of celebration for some and a time of quiet reserve for others who are members of churches in the Presbyterian Church (U.S.A.). On that evening, the Presbytery of Palisades met in Fair Lawn, N.J., and cast a “yes” vote for the PCUSA’s proposed 14-F amendment, giving the amendment enough votes to pass. The amendment calls for a change in the wording of the “Book of Order,” redefining marriage from being between “a man and a woman” to “two people, traditionally a man and a woman.” The amendment on marriage will take effect June 21, 2015. 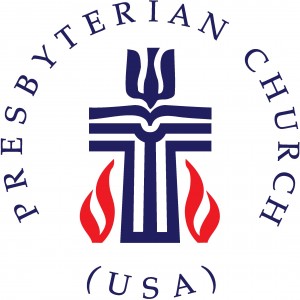 The amendment opens the door for PCUSA ministers to perform same-sex marriages in states where it is legal, but ministers who do not feel called to do so may refuse to preside over those ceremonies. Sessions are free to make the decision whether or not to host a same-gender wedding in church facilities.

“For some, this decision is a wind birthing the hope of something new,” the Rev. Ruth Faith Santana-Grace, the executive presbyter at the Presbytery of Philadelphia, said in a statement. “For others, it is like a moment at sea when the waves seem to threaten the existence of what has been.”

Steve Lytch, the interim pastor at First Presbyterian Church in York, said on a television report on WGAL, “I think we will probably lose some folks; we’ll probably gain some folks. We’ve always disagreed about certain ways of interpreting scripture. Our hope and our prayer is that we can live with that diversity and that tension, trusting in the unity that we have.”

The marriage amendment comes on the heels of an earlier controversial change to the Book of Order. In 2011, a similar vote within the PCUSA was held and a majority voted to allow gays and lesbians to be ordained as pastors, elders and deacons. In the two years since 2011, membership in the PCUSA has decreased by over 190,000, and 428 churches have left the denomination nationally.

While many blame the PCUSA’s stance on homosexuality for its decrease in numbers, there are just as many who feel the direction the denomination is going is the correct one.

“Our denomination steps forward into a new chapter,” said the Rev. Randy Bush, pastor of East Liberty Presbyterian Church in Pittsburgh and co-moderator of the Covenant Network of Presbyterians, a national liberal advocacy group, in an article in the Pittsburgh Post-Gazette.

He continued that the vote “respects the importance of pastoral discretion in congregational matters and yet offers to the world a compelling witness about how God’s grace is active in loving, mutual relationships.”

Heath Rada, the PCUSA’s moderator of the 221st General Assembly, is urging people to put their faith in God and the Bible during this time of transition.

“We trust that God whose word brought creation into being is also the same word that speaks to us today,” he saidin a statement. “With confidence, we believe that God calls the church into living as a transformative community that embraces the call to be God’s beloved community in the world.”

The Rev. Greg Klimovitz, the associate presbyter at the Presbytery of Philadelphia, agreed that this amendment is not out of line with the teachings of the Bible.

“The expansion of the definition of marriage is a reminder that our theological language is both dynamic and elastic,” he said in a news release, “firm enough to endure the diversity of time and place and flexible enough to make room for the church to love God and neighbor as we follow Jesus with great care and intentionality.”

The message from Gradye Parsons, the stated clerk of the General Assembly, is that even though people will differ on this subject, everyone needs to understand the opinions of others and be gracious toward them.

“The Book of Order in F-3.0105 encourages us to exercise mutual forbearance toward each other when we differ,” he said in a video. “That forbearance should show itself in respect and genuine care for each other. As a church, the Presbyterian Church (U.S.A.) has received much grace from God in Jesus Christ. We should extend that grace to each other in all gentleness as we live into this chapter of our common life.”

While the voting drew plenty of attention within the PCUSA, Pastor Tom McKinnon of the Donegal Presbyterian Church felt things went as well as they could have during this controversial time.

“The interpretation of the Bible is always a tricky business,” McKinnon said on WGAL. “It was a high-octane amendment. There was a lot there that got people’s feathers raised a little bit. I thought it was done as well as it could have been.”

In an effort to hold in tension in the polarities around these issues, Barry Ensign-George and Charles Wiley of the Office of Theology and Worship PCUSA have produced a white paper that many have found helpful. It’s titled “Our Challenging Way: Faithfulness, Sex, Ordination, and Marriage” and can be read and downloaded here.