Halloween has come and gone, and all that remains from the annual holiday are some empty candy wrappers and costumes that likely won’t fit or be in style next year. With Halloween pretty much a one-day holiday that comes and goes quickly, Chartiers Hill United Presbyterian Church in Canonsburg, PA, attempted a two-day program that it hoped had a lasting effect on its visitors. 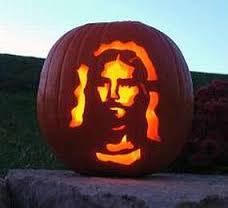 Pharaoh’s Palace of Plagues is the brainchild of Marcia Bock, who started a similar program as a Sunday school teacher several years ago. Then five years ago, Marcia decided to run it on a Saturday night for the entire church, and it has taken off from there as an outreach to the community.

“It was a God-given idea to me,” she said. “We had the little kids come through with my fifth- and sixth-grade Sunday school class. I said, ‘Wow, they enjoyed it so much we should do this in a bigger manner.’”

Because of the work surrounding it, the Palace of Plagues grew into a second night and this year was held on the Friday and Saturday night the week before Halloween.

“Our youth get excited about it,” Marcia explained. “We hand out treats after each plague and then at the end pocket-size New Testaments. We send them off with a message.”

Tour guides take the children through the plagues that encompass different areas in the church’s three-story Education Building. With the first plague being water turned to blood, the children received a bottle of water with red Kool-Aid mix or red Gatorade. Boils are the sixth plague, and that area was decorated like a first-aid room where the children received Band-Aids. The 10th plague is death of the first born, and that room was decorated like a cemetery and included people who were mourning. The gift at the end of that station was tissues.

“We try to get the audience to interact as our preacher guides them through,” Marcia said, adding that the Rev. Don Austin plays the role of Moses during the tour and engages the people’s participation.

Marcia considered holding the Palace of Plagues on Halloween but admitted that by going up against Trick or Treat Night it probably would drastically hurt their attendance, which has reached closed to 40 kids.

“We give out a list of the Ten Commandments and the Bible, too, so we hope to open their eyes,” Marcia said of the goal of the event. “We want to get them to ask questions and come to Christ.”

Marcia hopes to be able to advertise the Palace of Plagues better next year and make the event even more theatrical to draw additional people in. She’d also like to get a local group – like the Boy Scouts have helped in the past – involved in the decoration process.

“We’d like to tie people together as a fun event,” she said. “We take donations, but I’d like it to go to the youth mission projects so that our youth can go and do mission work.”

The bottom line is Pharaoh’s Palace of Plagues has turned into an event that is both entertaining and educational for the community.

“We had a period at our church where people were down on Halloween and I thought we should change it around,” Marcia recalled. “This is something we can present and nobody should have a problem with it and hopefully we can steer other people to find out more about God and Jesus and the Ten Commandments.”