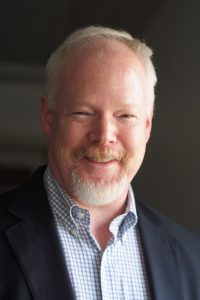 The Rev. Forrest Claassen, co-executive and stated clerk of the Presbytery of Los Ranchos, has been elected the next executive of the Synod of the Trinity, a multi-state mid council of the Presbyterian Church (U.S.A.), effective Jan. 1, 2022.

Claassen was unanimously elected during the Synod’s recent Assembly, held virtually. He succeeds the Rev. Susan Faye Wonderland, whose contract is expiring after 13 years with the Synod, including the last seven-plus years as transitional executive.

“When I think about what Trinity has called me to do, I see a convergence,” Claassen said. “All sorts of ministry experiences over the last 25-plus years have led to this.”

Claassen is a graduate of Stanford University, where he received a Bachelor of Arts in psychology, and Princeton Theological Seminary, where he earned a Master of Divinity.

“We are grateful for the leadership of Rev. Susan Wonderland, who has been pivotal in helping our presbyteries address current issues facing modern churches,” Synod Co-Moderators Martha Jordan and Charles Best said in a joint statement. “We are looking forward to working with Rev. Forrest Claassen as we continue to explore how to be innovative as the Body of Christ.”

Claassen’s wife, Karen, is also a pastor in the PC(USA), currently serving the First Presbyterian Church in Downey, CA. Their daughter Margaret, her husband Dalton, and their 1-year-old baby, Miles, live in Portland, OR.

“I look forward to watching the Synod of the Trinity from afar as Forrest steps in to continue the work that has been underway here and to add his own special flair to that ministry,” Wonderland said. “It has been an honor to serve amidst such a committed and faith-filled group of colleagues in this region, and to do so with the support of a creative and kingdom facing staff team.”

The Synod of the Trinity, created in 1717 and the oldest synod in the PC(USA), comprises 16 presbyteries in Pennsylvania, most of West Virginia and part of Ohio. Those presbyteries include 1,046 churches and 132,348 members, making it one of the largest in the denomination.