A common situation affecting many religious denominations is shrinking memberships in their churches. A lack of people sitting in the pews on Sunday mornings normally means less money in the offering baskets and, in turn, less funds for programs in a church. Among the programming that smaller churches sometimes don’t have the funds for is leadership training, and that’s where the Synod of the Trinity’s Small Church Leadership Development program steps in. 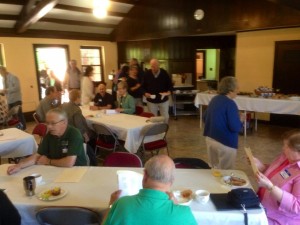 The Presbytery of West Virginia created its own Small Church Conference with the money it received through the Synod’s Small Church Leadership Development program.

Each year, the Synod of the Trinity provides funds for its presbyteries so it can distribute the funds to its smaller congregations that are looking to provide training for their clergy and lay leadership. In 2014, the Synod distributed a total of $32,000 to its presbyteries, money that was divided up based on the amount of “small” churches in each presbytery. A church with a membership of 151 or less is considered a “small church” for this program.

Many presbyteries used the money to help send leaders to different conferences and seminars. In the Pittsburgh Presbytery, it awarded a total of six grants to three pastors and two elders who were sent to participate in various leadership courses.

“All recipients expressed great appreciation for the grants,” said the Rev. Dr. Doug Portz, the senior associate minister for the presbytery. “They informed their churches that, without help from the Synod, they would have been unable to attend these events and bring back tools that are edifying to their work for Christ. The awareness of the availability of these grants has grown. We expect there to be more small churches applying to train and spiritually enrich leaders.”

The Presbytery of Carlisle also used the money to send three of its pastors of small churches to a Leadership Academy program while two others went to the Wee Kirk Conference and on a mission trip to Lebanon. Upper Ohio Valley Presbytery also gave out a scholarship to help one person attend the Wee Kirk Conference while it sent others to a pastors’ retreat at Crestfield Camp and Conference Center. The remainder of the Small Church Leadership Development monies helped fund a reformation team retreat.

Coaches were hired by the Presbytery of Donegal to assist in two churches. Commissioned Ruling Elder Nan Best wrote, “First, a young minster of a church in transition was able to have a coach to help her through the tangles of traditional leadership that was holding onto the past patterns of control. The situation has become healthier for that help. Secondly, another small church leader also used a coach to sort out administrative procedures involving the administrative assistant and new software. Both of these initiatives have helped to stabilize situations so that ministry is going smoothly.”

Northumberland Presbytery used the money to offset part of the tuition costs to send one pastor to the Evangelism Conference in Florida while the rest of the funds helped pay for some of the expenses to help another minister attend the Billy Graham School of Evangelism. 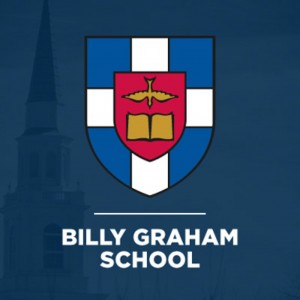 A pastor in Northumberland Presbytery used the Synod’s SCLD monies to go to the Billy Graham School.

“Both of these individuals came back to the presbytery as a teacher to teachers, providing us a resource for continuing education for our small church pastors,” wrote Executive Presbyter the Rev. Dr. William Knudsen.

In the Presbytery of West Virginia, it went a step farther and actually created its own Small Church Conference. Approximately 65 people turned out in Fayetteville for the gathering that included six workshops ranging in focuses from “What can the presbytery really do for us?” to “How much ‘ministering’ do we need?” to “Christian education in the small church.”

“The most common experience with the workshops was that they evolved into opportunities for participants to share their joys, concerns and ideas with each other,” the presbytery wrote. “The idea that ‘we are not alone’ permeated the event, lifting many spirits.”

With 100 percent of the evaluation forms wanting a second Small Church Conference to be held, a follow-up program was in the works for 2015.

The Synod’s Small Church Leadership Development monies supported two projects in the Presbytery of Lake Erie, aiding the work of the presbytery’s Congregational Life Committee. At Hasson Heights Church in Oil City, the money went toward funding a community music festival. Coudersport Church used the money for a Christian Education grant that enabled digital tablets to be bought and used for intergenerational educational experiences as well as programs for children and youth.

“In both churches, the support was deeply appreciated,” said General Presbyter the Rev. David Oyler. “Without such support it would have been less likely for these efforts to be undertaken.”

In the Presbytery of Lackawanna, the money helped with expenses for its six churches that participate in the New Beginnings program. The program brings in an assessor who tours the church and community and meets with the congregation, staff and session/trustees to provide a comprehensive report that includes many personalized demographics. The church then undertakes a process that includes in-home group meetings and a final gathering to decide whether and how to continue its ministry. A leadership group is trained by the assessor to conduct the meetings and to present a final report/recommendations to session.

Margaret Zeigler, the administrative coordinator for the Presbytery of Lackawanna, attends First United PC of West Pittston, which participated in the New Beginnings program. Her church was affected by flooding in 2011 and credited the program for helping the church get back on its feet. She said, “The New Beginnings process helped channel the desire to move on for many members of the congregation and provide a consensus to get started.” 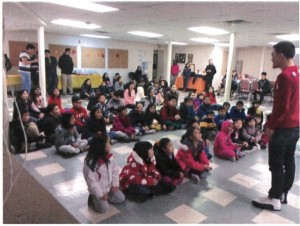 Christ’s Presbyterian Church in South Philadelphia was the recipient of the Presbytery of Philadelphia’s portion of the SCLD money. The congregation used the money to offset the costs of a five-week summer children’s ministry program that included three other local churches, the largest of which was a Mandarin Chinese congregation. The program included a week of vacation Bible School and four weeks of educational programming, with close to 150 children participating.

The presbytery wrote, “Rev. David Sanchez noted how the programs funded by this Small Church grant sparked various other discipleship opportunities within his congregation. Young people have renewed and taken a vested interest in the spiritual formation of both their peers and younger generations as they continue to live into the good news of Jesus in and around their church.”

The Presbytery of Redstone used the money for five different things, a list that includes scholarships, books and resources, continuing education, the annual retreat and individual coaching/consultation. Under “continuing education,” the presbytery sponsored two events for elders, preachers and ruling elders. Enrichment Day addressed the needs of lay leadership, while the second helped with training for pastoral care for those preachers in small congregations.

“We are grateful for the support of the Synod of the Trinity for these funds for otherwise many of these activities and initiatives would not have been able to be undertaken by the presbytery,” the presbytery wrote.