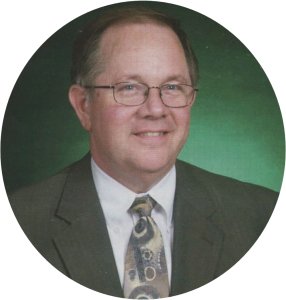 Sunday, Dec. 3, was the first day of the Advent season, a time when Christians prepare for and celebrate the birth of Jesus Christ. On this same Sunday morning, the Rev. Craig Butler entered the church triumphant at an earthly age of 67. If you ask Forrest Palmer, it was a more-than-fitting day for Craig to ascend into the afterlife.

“It is symbolic that he passed away around 11 a.m. Sunday morning on the first Sunday in Advent,” Forrest explained. “As we begin a new Christian year, he begins his new life, in the promise of the resurrection.”

Craig was a valued member of the Presbytery of West Virginia, having served as its Transitional Associate for Congregational Support while Forrest was the Interim Executive Presbyter from 2011-16. Prior to that, Craig spent over 15 years as the head of staff at First Presbyterian Church of Marietta, OH, where he resided when he passed away. He had also been the interim pastor at the College Drive Presbyterian Church in New Concord, OH.

“Craig Butler faithfully served the Presbyterian Church, enriching the lives of so many churches and people,” Forrest said. “I first met Craig when we were serving two different churches in Mecklenburg Presbytery, which then became the Presbytery of Charlotte. I also knew of his service in the denomination’s General Assembly Youth Council (PCUS). In the Presbytery of West Virginia, Craig served as the Associate for Ministry, helping churches, sessions, pastors and individuals in such a loving and pastoral way. He was loved by so many and will be terribly missed.”

But Craig’s relationship with Forrest went way beyond the presbytery office. And it’s those memories that will remain with Forrest.

“Craig was more than a colleague to me, he was a friend,” Forrest said. “Our prayers go to his wife, Caroline, his sister and brother and to his mother who lives in Scotia Village, a Presbyterian retirement community in Laurenburg, NC.”

“Over the years we kept in touch mostly by phone and shared both good and not-so-good happenings in our lives,” Kathryn said. “When he moved to Marietta, we saw one another more often. But we really renewed our friendship when he was called to be on our Presbytery Interim Staff. He lived in my neighborhood, and we worked with congregations together.

“He was also a pastor to me when my husband died. He and Caroline have a special niche in my heart.”

In a biography at the Presbytery of West Virginia, Craig wrote that “I claim to be a golfer, although my biggest handicap is the 14 clubs in my golf bag.” He continued, “I enjoy music and find great relaxation playing guitar and singing. My most practiced hobby is cooking. Caroline and I enjoy traveling.”

The Synod of the Trinity is grateful for the work and service of Craig Butler to the region and sends condolences to his family and friends.