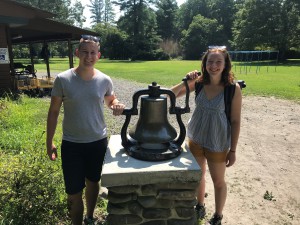 Csongor Tussai and Sara Antal-Forizs are Hungarian global interns from Romania who spent a couple weeks at Kirkwood Camp and Conference Center this summer.

In 1997, the Lehigh Presbytery’s Worldwide Ministries Committee entered into a partnership with the Hungarian Reformed Church in Romania. Among the initiatives that arose from this agreement was the establishment of global interns in both locations to “increase interest in mission, thus revitalizing and transforming congregations and developing opportunities for service and mission.”

It’s a program that has landed several youths on foreign soil over the years and has likewise brought just as many to the United States to experience the food, culture and ways of Americans. This year, two global interns from Romania spent four weeks in this country, with the majority of their time being spent working at the Kirkwood Camp and Retreat Center in Stroudsburg, PA.

“One of the primary intents of our program is to promote a culture where people try new things and challenge themselves,” said Tommy Campbell, the director at Kirkwood Camp who is also a member of the presbytery’s Worldwide Ministries team. “The partnership that the team has had with the Hungarian Reformed Church in Romania goes back to the end of the Cold War. I think it’s really great from a missional perspective that we’ve been able to maintain that relationship over time.”

Sara Antal-Forizs, 19, and Csongor Tussai, 20, have been enjoying their time in eastern Pennsylvania this summer as part of the exchange program, and their presence has been welcomed, too.

“Both of them pretty much jumped right in,” said Tommy, who is hoping to go to Romania this fall through the partnership. “They get along really well with the kids, they’ve tried out all of our activities we’ve given them, and they have a good rapport with the staff. It’s been really nice to have them.”

Here’s what Sara and Csongor had to say about experiencing life in America:

You’re Hungarians from Romania. Can you explain this?

Csongor: We like to say that we are Transylvanian because Transylvania is a region in Romania. Before the first World War it was a part of Hungary. Between the two World Wars it was attached to Romania. During the second World War it was reattached to Hungary. Now, again, it is part of Romania. Forty-five percent of the people are Hungarian now, and the other 55 percent are Romanian. So, we are Hungarians living in Romania.

Did you know each other before this experience?

Csongor: No, we just met at the airport. 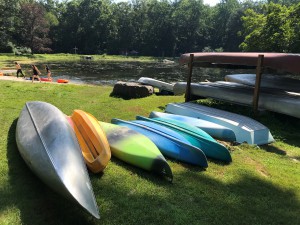 What has it been like so far for you living in the United States?

Csongor: It’s been good. My first impression was that everyone is so nice to us and friendly. Maybe that’s because we haven’t been to the big cities like New York City (laughing). Everyone is so sweet to us. The food is really, really sweet here. The cars are bigger, but it’s safe.

Sara: I say the same things. This is our second week at the camp and I really like this camp. It’s so different than what we have at home. Here there are more programs, lots of games and so many people.

Why did you come to the United States to work at a camp?

Sara: We had the chance to come here and I just wanted to do that. It’s a pleasure for me because I can be here, in the United States. It’s amazing.

What’s one thing that has really surprised you about the United States?

Sara: What surprised me was that it was so hard to explain that I’m Hungarian, but I live in Romania. Everybody was so confused.

Csongor: The history things. I really like that there are no fences between the houses. We have fences everywhere. It looks so good without the fences.

What have you enjoyed the most about your time at Kirkwood Camp?

Csongor: In my local group (in Romania), I’m a youth leader, so I really like youth people and even kids. Last week I was with the little ones. I really liked them. It was so much fun being with them. I really like being with people who I didn’t know before, but we got to know each other better. We have some friendships now.

Sara: To meet new people. I know a lot of new culture. To talk English with them was fun. 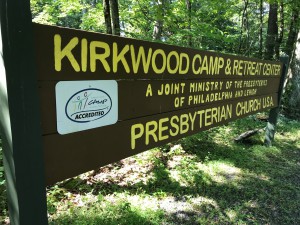 What’s the biggest difference you notice here compared to Romania?

Csongor: The size of the camp is really big, but it’s really good. They have a lot of opportunities to do things. We don’t have such camps. When we are organizing a camp, we have to organize it in a place smaller than this.

How are the kids different?

Csongor: There isn’t a big cultural difference between us and the United States.

What do you hope to learn from this experience that you can take back home?

Sara: The first is the language. The lovely area which we have here; the spirit of the camp is so strong. It gives me so much power to be happy every day.

Csongor: We learned new games. I really want to try them out with my group as well back home. Another big goodness of this is we have new friends from the United States, and of course they will have friends from Transylvania. Maybe in the future it will be helpful.