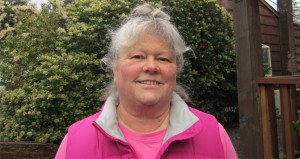 As long as Kim Bossé can remember, camping has been a part of her life. She has progressed up the ranks in the industry and has dabbled in many different forms of camping from Maine to California. Her latest stop is near State College, PA, in Madisonburg where she has taken over as the executive director at the Krislund Camp and Conference Center.

“I’ve been in the camping world pretty much my whole life,” she said. “I started going to camp at 5. I was one of those kids who sold every kind of candy or nut you can sell in order to get a free week at camp.”

And it’s that energy and passion that she hopes to instill in the staff and campers who make Krislund a part of their summer calendars going forward.

“What excites me about camping is the opportunity to get kids outside and away from electronics so that they can experience a small part of their life without a clock,” Kim said. “We have our kids so scheduled nowadays that this is a chance to bring them out to camp and just be able to enjoy the awe of nature. The whole combination of teaching about religion and nature as one thing is exciting to me with kids.

“When you come to camp, you can be whoever you want. You don’t have to be who you are at your school or in your family. It’s an opportunity for kids to grow in a different way. They get to choose it.”

Kim takes over for Gene Joiner, who left Krislund after five years at the camp. Kim has big shoes to fill as Gene helped resurrect the camp by modifying the programming structure, which included the addition of traveling day camps, thus resulting in increased participation. Kim hopes to piggyback on what Gene started and inject some of her own ideas into the camp.

“When they were really low on attendance, he came up with lots of new and different ideas to bring the program forward and I think that’s passed onto me as well,” Kim said. “How do we now make this more of a year-round camp and make the impact it has, not just with the churches, but with the community groups?”

Having been on the camping scene for three decades, Kim sees the change in trends and knows that Krislund needs to be able to adapt to the times if it wants to continue to thrive.

“My short-term goals are to identify where we need to go,” she said. “The camp needs to make some movement forward and maybe adapt and change some of their programs to suit people’s schedules nowadays. It used to be everyone sent their kids to camp for a week or two every summer, but now people’s lives are very different, and they don’t always have that time. We’re going to be looking at how to capture family time and bring families out here.

“How do we work with young adults, meaning high-school and college-aged kids? Our proximity to a number of colleges is great. We have opportunities for leadership training, retreat building as well as getting our summer camp program adapted more to today’s life. Camps every five years have to reinvent certain things in their program, and that’s where we are now.”

A native of Maine who wound up spending the bulk of her career on the West Coast, Kim’s previous full-time employment prior to Krislund was near Yosemite, CA, where she worked at a special needs camp with “medically fragile” people and veterans. Kim started at Krislund in mid-January and spent the remainder of the winter months and early spring getter her feet wet and learning about the area. She’s excited to dive in as the hectic summer season is just around the corner.

“It’s been very busy,” she said. “It’s always interesting when you start at a camp because camps are such a culture within a culture.”

Kim’s first step up the camping ladder came as a counselor in training, which eventually transitioned into becoming a cabin counselor. Because of her love for the water, she gravitated to positions that involved that aspect of the camp. With a college degree in recreation that focused on camping, Kim worked full-time at camps associated with varying affiliations. As her family grew, she stepped away from camping and worked at a community center where she dealt with day camps.

“In an odd sense, I was still in the camping world,” Kim said with a chuckle.

Finding alternative methods for funding – something that plagues most camps due to a reduction in budgeting by churches and other supporters – is among the top things on Kim’s to-do list as she enters year 1 at Krislund. But overall, Kim is optimistic about the future of Krislund, and that stems from the staff that’s already in place as well as the backers who help keep the camp afloat.

“One thing that has struck me is the dedication that people have to this camp,” she said. “We have a group of volunteers who come out here every single week, there’s between 15 and 25 of them, and they spend the day doing projects around the camp. I’ve worked at a lot of camps and I’ve never seen a group that vital and that passionate about helping to move the camp forward, keeping it open and looking at the future but also balancing the traditions of the past. That’s very unique.

“There are seven people here who have either been campers or worked here for over 30 years. That is amazing. So, there is a great love for this camp that you don’t find everywhere. There’s a real stable group of people that just love and nurture this place. It’s very exciting.”