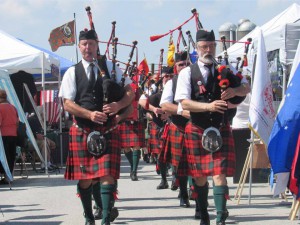 Two Presbyterian congregations sat nearly side-by-side for 163 years, with differences in theology and practice – at least initially – keeping them apart. As time passed, those disagreements weren’t enough to prevent the two Quarryville, PA, churches from looking out for one another, and even though one of them has been closed for a century, the other is helping to keep that legacy alive.

“These churches existed side-by-side for years and years even though they were different in that the church below the road (Middle Octorara) was the New Castle Presbytery and was all-American – it was not connected to the church in Scotland,” said Barry Girvin, an historian and member of Middle Octorara Church. “But the people who established the church above the road, the Covenanter Church, were attached to the church in Scotland. So those ministers were sent over directly from Scotland.

“The Covenanters, the big thing that made them different from the church below the road was that, if you went to church up there, you would be pledging your loyalty to the Solemn League of Covenant back in Europe. On several occasions the Covenanters who were there were able to get kings and princes to pledge that they would make Presbyterianism the official religion of the British empire if they ever became king. When the revolution came along, the leaders of the Covenanters became the leaders against the British.” 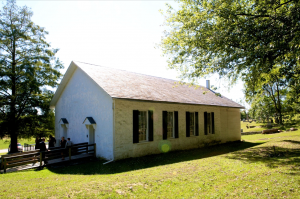 Church – the oldest Covenanter Church in the United States – had to close its doors. The church building along with an attached building that was used for a one-room school by the Bart Township School System remained. But with the building needing repairs, a board of trustees from Middle Octorara Church was created to preserve the church and schoolhouse in the late 1930s. Middle Octorara received a 99-year lease to use the buildings, including a manse, as long as they took care of the cemetery and the building.

Another renovation was needed in 1960, and it was then that the seven-and-a-half acres that Middle Octorara had given to the Covenanter Church was returned to Middle Octorara, along with the responsibility of keeping the Covenanter building standing. Since then, an Octorara Covenanter Presbyterian Foundation has been set up to help with the upkeep of those buildings and the grounds. Barry is the president of that foundation, which includes several people from Middle Octorara as well as others from within the community.

“My group raises money to maintain the building but also to restore it, and Middle Octorara takes care of the grounds,” Barry said. “What we’re trying to do is to, eventually, if we get enough money, get the church back to the way it was around 1870. And the school room, we’re doing a lot of work in there. We have some of the original seats and we have a lot of artifacts in there. We’re trying to turn the school room int 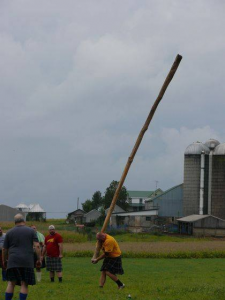 o a museum where people can come in and do research using the artifacts from both churches and Bart Township.”

In the past 10 years, close to $100,000 has been needed to help with the upkeep of the property, money that has been received through state grants, foundations and personal donations. Events are also held throughout the year to benefit the project, including a yearly celebration and worship service in the Covenanter sanctuary as well as a concert and a Robert Burns poetry reading night.

Another of the foundation’s fundraisers is the annual Covenanter Scottish Festival, which was held Saturday, Sept. 9. In its fourth year, the festival has grown steadily since 2014.

“The festival broke all expectations of the foundation this year,” said Octorara Covenanter Presbyterian Foundation Treasurer Donna McCool. “Six hundred people attended, doubling last year’s attendance and financially it was our most successful year. Usually it takes a few years for a new event to take off and we were hoping that it would be this year. The weather cooperated, making it a perfect day to celebrate the Scottish heritage of Southern Lancaster County.”

The 2016 festival brought in about 300 people and raised close to $3,000. The previous three years the festival has been hampered by rain and hot weather, but this year there has been a greater emphasis on getting the word out about it so the notoriety of the event increases.

“The board members are very enthusiastic about it,” Barry said of the festival. “They think it’s going to be our step to the future.”

The festival ran from 9 a.m. to 6 p.m. and included everything from music to Highland Games to a processional to the Covenanter cemetery to honor a veteran of the French and Indian War who is buried there. And, of course, there was food, too. (Schedule available here.)

“It’s designed to be both a cultural thing as well as entertainment,” Barry said. “If you look at all of the events, we kind of have something for everybody. People who are interested in checking for research opportunities or just looking up the pictures of their class in the Bart School System, or any of the church history, people are invited to go up there (to the Covenanter Church). The old church has some great acoustics, so we do some of the music up there, too.” 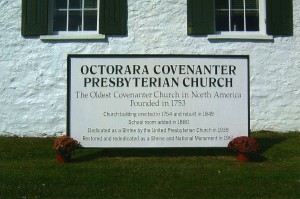 Different Scottish clans had booths set up so people could explore their heritage as Scottish and Irish ballads filled the air. There was judging contests of the bagpipe playing, and a culture tent included many different events as well, from lectures to a sheep-to-shawl spinning group.

At the same time in another area the Highland Games took place. These included a stone toss, weight toss, caber toss, flaming caber toss, hammer toss and sheaf toss. A braveheart sword throw was also on the schedule.

“There’s just a whole lot of things going on that hopefully everybody will enjoy, whether they are younger or older,” Barry said.

Parking was permitted on the grounds this year, different from years’ past when they had to be shuttled in from a couple miles away.

“We hope that more and more people will develop an interest in the Scottish background of the area if they don’t already have that interest,” Barry concluded. “We hope that people know that they can come there and have fun. The goal is to raise money but it’s also to help people have fun and enjoy themselves.”