One of Pastor Joe Ellis’ favorite readings in the Bible comes from I Corinthians 9:24-27. Those verses talk about training for and competing in a race. Those are also the words Joe is using as a guide as he takes to his feet for an event that through his fundraising will ultimately benefit overseas mission work.

On April 20, Joe will compete in the Boston Marathon for the first time, marking just his third career 26.2-mile competitive run. The 58-year-old commissioned ruling elder at Colerain and Scotch Ridge Presbyterian Churches in eastern Ohio is collecting donations up until the day of the race, with the money raised going back to the Upper Ohio Valley Presbytery to support the presbytery’s mission partnership in Malawi, Africa. 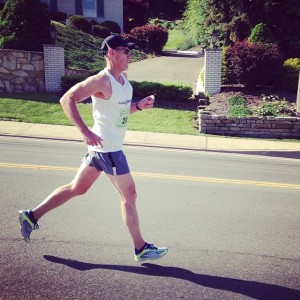 Pastor Joe Ellis has competed in just two marathons but will take on Boston in April as part of a mission effort for Malawi, Africa.

Joe thinks of running as a spiritual experience, thus making it the perfect activity to both raise awareness and financial support for the presbytery’s mission work.

“I’ve always felt that distance running really is a spiritual sport because it demands what I think are characteristics that are a part of the fruits of the spirit,” he said. “It demands patience and determination and long-suffering. It demands mental strength as you try to put in these miles. And then spiritual strength to keep going when your mind and body says it’s time to quit and it’s time to give up. You do a lot of suffering in training and racing a marathon, and I think it’s good suffering. It’s the kind that makes you stronger inside. It goes hand-in-hand with trying to help people who are suffering a lot more than we suffer here in the good old United States.”

Joe set a goal of raising $500 for Malawi through his Boston Marathon run. As of the beginning of March, he had already eclipsed that goal, so he was starting on his second $500 donation goal. (UPDATE: Joe’s finally tally leaves him three times beyond his goal, receiving in excess of $1,500 in donations.) He’s asking each person who donates to give $26.20 (to correspond with the 26.2-mile course), and those supporters will receive a ceramic medal that is being hand-crafted by Joe, who is an art and computer graphics/web design teacher at a local school. The medal will have his “Running Boston for Malawi” logo on it, and anyone who contributes $100 will also get a T-shirt with that same logo design identical to the shirt being worn by Joe during the race.

“I’ll be out there when it’s 15 degrees and the wind’s blowing, and I’ll feel the pain temporarily,” Joe continued, “but these people are facing challenges over there in Malawi that are daily, 24/7. Sometimes it’s hard to have fresh water available and food supply, etc. My wee little bit of suffering here is at least a small taste of what they are going through.”

Running in the Boston Marathon is a year in the making. Joe approached his church leaders at Colerain PC about 12 months ago, expressing his desire to support a mission project.

“We’re always struggling to meet all of the bills of the church and the salaries,” Joe recalled, “and I said to them what we really need is to give beyond what we do here at the church because the principle of giving is, the more you give, the more God will bless.”

Having run the Toledo Marathon in April of 2014 and in the process qualifying for the Boston Marathon, Joe thought his training and eventual participation in the race would make for a good mission project.

“If I’m gonna suffer through the winter trying to train for this race, then I’d like it to be for something important rather than just my own personal goals,” he said. 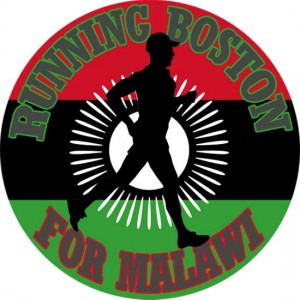 Colerain PC and eventually the Upper Ohio Valley Presbytery both got on board to support Joe in his “Running Boston for Malawi” initiative. The money raised that is headed to Malawi will not be targeted to one specific project.

“The presbytery wanted to be flexible because there are so many needs in Malawi,” he said. “They use it for church buildings, they use it for material, physical needs for the people – food, medicine, those kinds of things. They use it for ministry needs, printing needs. They said let’s keep it general so they can use it however they need to use it, whether it be for physical needs or spiritual needs. So we’ll use it as a blanket contribution to them.”

Every other year, churches from the Upper Ohio Valley Presbytery travel to Malawi to do mission work as part of a long-running partnership that Joe has not been able to take advantage of as of yet. The work includes helping in the churches and schools in Malawi as well as construction projects, resulting in a wide variety of contributions from the presbytery. On the years the presbytery does not travel to Malawi, it has helped to bring members of the Domasi Presbytery to Ohio.

Joe has been an avid runner since he was 14 years old and had qualified for the Boston Marathon once before, only to not be able to compete due to an Achilles’ tendon injury. He qualified at Toledo in 3:14 (qualifying time for the Boston Marathon is under 3:40), and he’s hoping to finish in 3:20 in Boston, factoring in a lack of training due to the winter weather as a reason for his slower goal time.

Joe has overcome sciatic nerve discomfort in his back, an injury that kept him out of running for close to 10 years. He undoubtedly looked back at that I Corinthians passage as he healed from the injury, which he interpreted this way: “We need to mentally, physically and spiritually be the best we can be in order to shine God’s kingdom into this world.”

Joe is not running the Boston Marathon for a crown. Instead, he’s doing it in the name of Malawi where God’s work is “running” wild thanks to many volunteers from the Upper Ohio Valley Presbytery.

Note: Anyone wishing to support Joe and his “Running Boston for Malawi” project can do so by writing a check made out to “UOVP” and writing “Boston/Malawi” on the memo line. Mail the check to Joe Ellis at 71299 Skyview Drive, Martins Ferry, OH 43935. He will send the check on to the presbytery. Those who contribute $26.20 receive a ceramic medal, and people who give $100 will get an official “Running Boston for Malawi” T-shirt. Joe is taking care of all expenses.