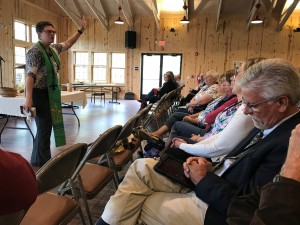 With more than 15,400 members of the Presbyterian Church (U.S.A.) residing in the Redstone and Washington presbyteries, the impact that can be had by them in that region is immeasurable. That’s the vision and challenge the Rev. Cindy Kohlmann, the co-moderator for the PCUSA, put on those two areas when she visited there in late September and attended a combined presbytery meeting at Pine Springs Camp in Jennerstown, PA.

“I expect big things from you,” she said. “15,000 Presbyterians? What are you waiting for? Just imagine if you were interwoven in your mission and ministry, if you were supporting each other, praying for each other and working together to make disciples for Jesus Christ, you reached your neighbors where they are today and invited them into life. Just imagine if 15,000 Presbyterians in just these two presbyteries were committed to that as a whole.

The challenge from Cindy stems from a new initiative from the denomination. The Matthew 25 program urges congregations and mid councils of the PCUSA to become united through this scripture, which “calls all of us to actively engage in the world around us, so our faith comes alive and we wake up to new possibilities.” At the last two General Assemblies, the body urged those in the denomination to “act boldly and compassionately to serve people who are hungry, oppressed, imprisoned or poor,” and thus the Matthew 25 initiative was born.

Cindy also spoke about the “2020 Vision Team” that was formed following the 222nd General Assembly (2016) to “develop a guiding statement for the denomination” that will give it an identity as it moves into the future.

“We are the P-C-U-S-A,” Cindy said, relaying the moniker the team created. “We are Prayerful, Courageous, United, Serving, Alive!”

But Cindy’s main focus during her time in front of the presbyteries dealt with the importance of being a connectional church, stressing that “deepening our faith is done in community best.” 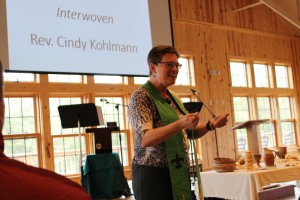 Cindy remarked how during her visit to southwestern Pennsylvania she met with groups where both Redstone and Washington presbyteries were represented. It’s this kind of togetherness, she said, that will go a long way toward bigger and better things between the two presbyteries.

“I met with the Addictions Ministry Network, which started in Redstone but now is including Resurrection Power in Washington,” she remarked. “I’m sure there are more, I hope there are more, I trust there are more where the congregations line up closely on the boundaries we drew sometime way back when, not set in stone.

“We need to be deepening who we are as a gathered body of Christ. We need to always be deepening, but never to be doing it alone. Never to be doing it disconnected from the larger body of Christ because then you’re an elbow and you’re missing the rest of the arm. You may think as an elbow, you’re doing really great stuff out there, but where is the shoulder to give you the power? Where is the hand where you can reach out as the hand of Christ?”

It’s a challenge that Cindy and co-moderator Vilmarie Cintrón-Olivieri are presenting during their stops in presbyteries and synods around the PCUSA. And it’s one that they believe is integral to the future of the Presbyterian Church (U.S.A.) denomination. 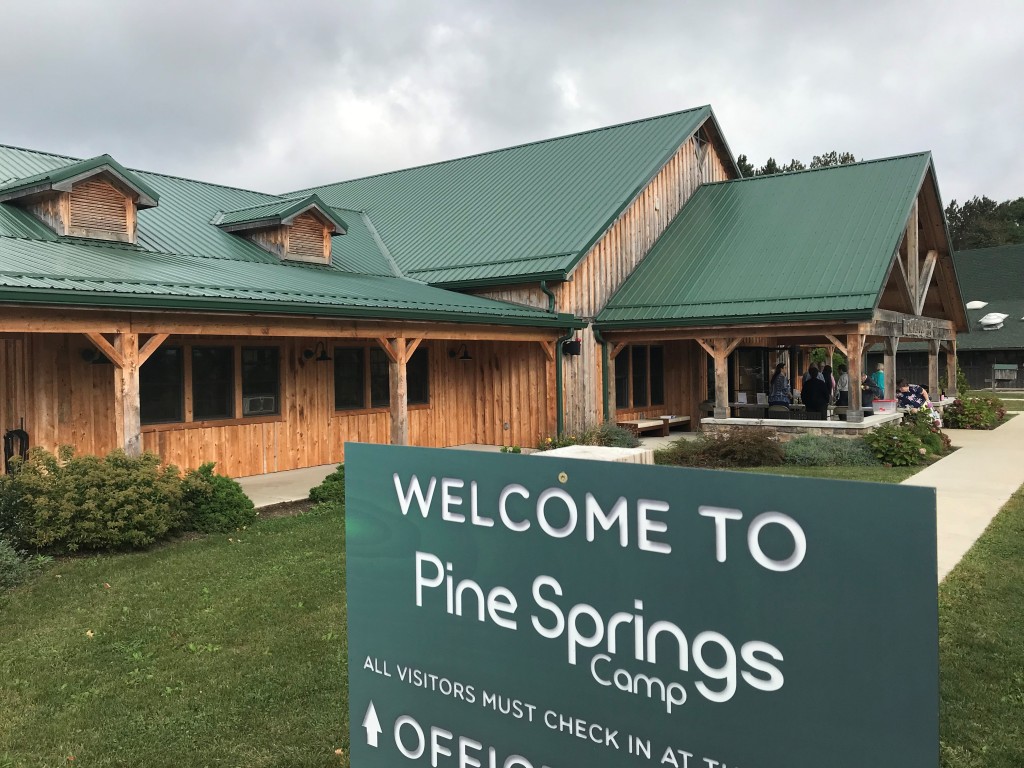