A lot has changed since 1990. We now have things like smart phones, social media and high-definition televisions. Unfortunately, some things haven’t changed in the last two-plus decades. We’re still fighting wars, battling cancer and trying to end hunger. 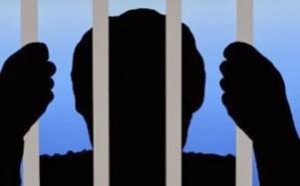 The overture was adopted but not much came of it. Congregations, presbyteries and synods were asked to provide financial support to the issue in their areas, but actual figures were not kept at the national level and little impact was felt. Fast forward to 2016 and the deaths of African American men like Freddy Gray, Michael Brown and Trayvon Martin continue to make headlines in this country.

With another General Assembly meeting on the horizon in Portland, Ore., this summer, the Pittsburgh Presbytery has once again written an overture asking the General Assembly to step in and help with this troubling trend. The presbytery is requesting that five cities “where the plight of the African American male is especially egregious” be given $1 million each to carry out specific actions that are also outlined in the overture. Aside from its own city of Pittsburgh, the cities listed by the presbytery are Baltimore, Charlotte, Cleveland and New York. (Read the entire overture by clicking here.)

“Now, because of all of the violence and shootings, it’s time for it to be re-emphasized,” explained the Rev. Betty Angelini, one of four people on the Pittsburgh Presbytery committee that wrote this latest overture. “This time it is targeted at five cities with the hope that they would pilot it. Then eventually what was learned from that could be taken to other cities in an effort to turn around this awful, awful trend for the African American male.”

The other members of the writing team for the overture are the Rev. Dr. Johnnie Monroe, Lenore Williams and Alan Perry. Johnnie, a distinguished member of Pittsburgh Presbytery and current moderator for the Synod of the Trinity, also took part in the writing of the previous overture 26 years ago. Because the previous overture didn’t get off the ground, this version was intentionally written differently in hopes of giving it more staying power.

“We’re deliberately putting it in a different way this year,” Johnnie added. “Twenty years ago we asked the church generally. This year we’re focusing on five cities specifically. We’re hoping the presbyteries in those cities will take a lead in pushing their churches to begin to address that and work with secular groups to make that happen.”

It is suggested in the 2016 overture that the $5 million investment would come from the Hawkins-Buchanan Fund for Racial Justice. The fund is a “permanent endowment fund established to support ministries of racial justice, reconciliation and healing in church and society.” It was also suggested that the Walton Family Foundation be used to partner and support this overture through education.

The money would help fund specific actions the overture is suggesting take place in those five cities. They include:

“The plight of the African American male is just horrible and it has to be reversed,” Betty said. “This is an effort to try to use some existing agencies within our society, to combine forces with them, so that we can reverse that trend. The recidivism (a person’s relapse into criminal behavior) is terrible and something needs to be done.”

The overture, which received a needed concurrence from the Charleston Atlantic Presbytery in South Carolina, has been accepted for review by the General Assembly, which will meet from June 18-25. (Upper Ohio Valley Presbytery has also since agreed to be a concurrence for the overture.) A committee has been assigned to discuss the overture during a three-day period, and following those conversations, it will either remain in the committee for extra discussion or could be sent to the General Assembly body – with or without modifications – for a final vote.

Johnnie feels this overture could have a number of different effects.

“It could be a good evangelist tool for the church – outreach ministry, outreach to young men and their families,” he said. “It will challenge the church to be diligent in the communities where God has placed it. It’s also putting in to practice the teachings of Christ. But also in the midst of tragedies in these cities and what is happening in the national church, we think this is a good way to move away from self-pity within the church to doing ministry.”

If the overture doesn’t pass at General Assembly in June, Johnnie won’t feel like it was a wasted effort. Instead, he’ll push to have the overture fulfilled at a more local level.

“Then we will begin to advocate within the presbyteries that we’ve named to make some things happen,” he said. “We see it as a beginning. We’ve already been asked, ‘Well, what about the women?’ Next time around we may address the plight of women.” 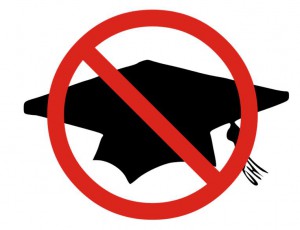 “Right from the very beginning, God says we are all made in God’s image, but are we all being treated that way? Certainly not,” Betty said. “All of the prophets have said, particularly Amos, that justice needs to flow. Jesus was sent for reconciliation. Now is the time for that reconciliation to happen. That’s only going to take place if we step forward and do something about it.”

“We’re gonna take a faith walk and pray about it and see where the Lord is going to lead it,” Johnnie concluded. “We’re very optimistic it’s going to work.”