It’s been nearly 40 years since “Brian” graduated from college. The education he received has helped pave the way for a successful career in engineering for the man who now lives in Texas.

As “Brian” begins to reflect on that profession as retirement looms, the 60-year-old can’t help but think back to his days in college and what led to his prosperous 30-plus-year occupation. And when he does reflect, he fondly remembers the financial support he received that enabled him to attend the college of his choice, which also happened to be a Presbyterian Church (U.S.A.) affiliated school. Those funds were mostly in the form of a grant from what was then known as the Synod of Pennsylvania (now the Synod of the Trinity) that covered nearly all of his tuition costs. Estimated at roughly $3,000 a year for four years, that money was ultimately the deciding factor in what led “Brian” to attend the college of his choosing. 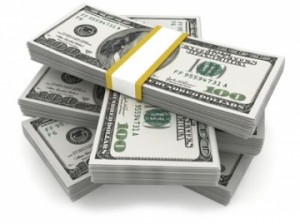 “I feel very blessed now thinking about it,” he said of the financial aid, “and I wouldn’t have used those words five years ago, 10 years ago or 20 years ago, but I can say that now. I think maybe it’s an epiphany I’ve had about how people have helped me and who has helped me and why they helped me. What did it mean? What was my purpose in life?”

“Brian,” who is not Presbyterian, elected to remain anonymous for this story. He expressed his gratitude toward the Synod by donating $5,000 in late December to the Synod through the Presbyterian Mission Exchange. “Brian” has not placed any restrictions on the money, saying it can be used in any capacity.

”Judging from what I’ve read about the Synod’s ministry, I have no question that it will be put to the best use possible,” he said. “Whether it’s used for financial aid or some other purpose of ministry, it doesn’t concern me because an organization that would find it in its heart to help me when I attended college would surely put the funds to the best use possible. It would not be appropriate for me to insist that the funds be used for financial aid. Nobody asked me what I would do with my life after I got the financial aid, either. The grant was provided to me without any commitment on my part to be a good person or do certain things or achieve certain things, so I don’t feel compelled to do the same thing to the Synod.”

Synod Treasurer Chantal Atnip has not designated the money for any specific fund, leaving options open for the money to be used for anything from Study Grants to Peacemaking Grants to maybe even a special project down the road.

“What a wonderful witness of gratitude, and it is humbling to be ‘thanked’ in such a concrete way,” said Susan Faye Wonderland, the Transitional Executive at the Synod of the Trinity. “We will joyfully use Brian’s gift to bless others.”

A native of New York City, “Brian” applied to several colleges in the early 1970s before deciding on the one that offered him the best financial package so he could pursue a degree in engineering. He didn’t know at the time that most of his tuition bill was being paid by the Synod of Pennsylvania. A year into his college experience he was informed by the Financial Aid office that it was actually the Synod that was footing the bill for the majority of his tuition. “Brian” did express his thanks to the Synod through a yearly letter to express his gratitude.

“Although I needed grant money, I certainly didn’t pick who I’d get it from,” he said. “By only fate did it end up this way, and I felt in that sense since, literally, a stranger helped me, I thought I had to acknowledge that help in writing.”

The Synod grant money and federal government loans allowed him to get through the four years of college costs.

“I just felt that if I worked hard, maybe I’ll get a scholarship,” “Brian” said. “I was personally more intrigued that the Synod, which I had no affiliation with at all, would provide funds to my college that would somehow find their way to me.”

So, why did it take “Brian” nearly 40 years to say thank you to the Synod in a monetary way for the support he received in college?

“What really made me aware of its significance is that it happened at the very beginning of my life as an adult,” he said. “I wanted to acknowledge the help I received when I was younger by giving back to the Synod.

“I had achieved the level of success and accomplishments in my career that I could no longer ignore the help I received so long ago. It was more than financial aid. It was a turning point in my life that enabled me to move beyond what I might have achieved if I didn’t have that help. A lot of the things I was happy to accomplish and achieve would not have been possible without this early helping hand.

“I consider myself a charitable man, but I have never been so charitable to a certain organization, and it’s only a reflection of what the help I received means to me now.”

Giving back. It’s what “Brian” is doing so that the Synod of the Trinity can in turn give back and help someone else in need.