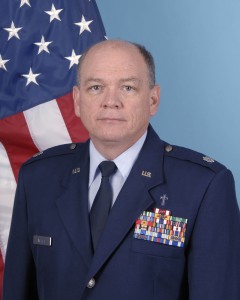 The Rev. Dr. Don Wilson doubles as the General Presbyter at Kiskiminetas Presbytery and as the associate director for the Presbyterian Council for Chaplains and Military Personnel.

The Rev. Dr. Don Wilson spent many years serving the Presbyterian Church in different parts of the country. He was a youth director in Virginia, a campus minister in Mississippi, a summer intern in Ohio, a parish associate in Maryland and worked as a Presbyterian chaplain serving in the Air Force, which took him to Afghanistan and Iraq for five deployments. But something always kept pulling him back to western Pennsylvania.

“I was invited to preach at Union First Presbyterian Church in Cowansville,” he said, recalling a Sunday in early July in 2012 when he was in the Pittsburgh area for General Assembly. “Driving back towards Pittsburgh that afternoon – I had such a wonderful time with that congregation and the people there – I said, ‘OK, God, this is not a bad place to live.’ And sure enough here I am. That’s kind of where I had the first sense that this was some place special and some place that I could move and enjoy life.”

“Here” is Kiskiminetas Presbytery where Don is the new General Presbyter, having been elected to that role in the spring and officially taking over that position in a three-fourths-time capacity on May 1. Having studied at Pittsburgh Theological Seminary, Don was familiar with the people and the area, and both of his parents are from the south hills of Pittsburgh. Don’s wife, Becky, is also from western Pennsylvania, making it a perfect spot for him to land.

His familiarity with the region gives Don a leg up as he continues to learn about the presbytery. His knowledge also allows him to have a goal in mind as he dives into his work.

“This presbytery has a long history,” he said. “It goes all the way back to when my father was growing up in Pittsburgh. He referred to it as being a very, very strong presbytery and a very healthy presbytery. So part of my goal is to reach back to those days where this was one of our leading presbyteries, one of our strong presbyteries in the church and really help them to feel that connectedness to the General Assembly, to the synod and to the presbytery to help our churches really grow and become something stronger.

“Growth doesn’t mean numbers. In my opinion it means that they are serving God right where they’re located and they have a viable witness to Christ. I want to see these churches catch a glimpse of what they can be.”

With close to 80 churches in Kiskiminetas Presbytery, Don is hoping to visit each of them at some point. He’s made a small dent into that number in his first four months on the job and is enjoying interacting with the different worshipers on Sunday mornings.

“The one’s I’ve been to so far have greeted me warmly,” he admitted. “It’s kind of fun to get to know the congregations and the people.” 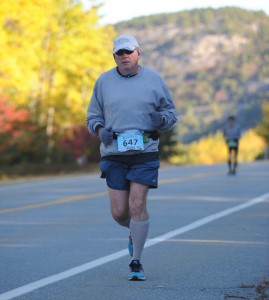 Don Wilson has completed 41 marathons and one ultra-marathon, which covered over 31 miles.

Obviously, Don spends a lot of time on the road, but he’s not always in a car when he’s out there. As a runner, he has completed 41 marathons and one ultra-marathon, which was a 50-kilometer (31.2 miles) event along the Potomac River with greatly-changing elevations. Don, who has qualified for but never competed in the Boston Marathon, has taken some time off from competing in marathons due to his move, but he still tries to average 2 ½ miles a day. His best finish is a third place in his age group in the Mardi Gras Marathon in New Orleans, but earning blue ribbons is not his goal.

“It’s my solitude,” Don said of the sport. “It’s my time for prayer. It’s my time to get away from everybody and all the stress and strains and demands on my time. It’s my spiritual renewal. It’s a place where I run off my frustrations. It’s my escape.”

Don was born in Honolulu, HI, as the son of a Presbyterian minister who was serving as an Air Force chaplain. That background eventually led to Don taking up the same profession, although he admits he didn’t think that’s the direction he’d be going in his adult life.

“There was always a sense that the military was home to me, but like most kids growing up in a minister’s family, the last thing I was going to do was follow in my father’s footsteps,” he said. “My decision to even go into the seminary was to do youth and children’s ministry and young adult ministry. I had never, ever thought of going into the military.”

The military taught Don, among other things, to be very adaptive, a quality he feels will pay dividends for his work in the Kiskiminetas Presbytery where there are large and small churches with entirely different needs. His work with soldiers – he completed two tours of duty in Afghanistan and three in Iraq – is something that he also cherishes.

“It was a very, very neat experience to be able to serve men and women who serve in the military,” Don said. “They’re under high stress, and then when you put them in a war zone where they’re being shot at and mortared, there’s life-and-death issues every single moment you’re there. It provided an incredible opportunity to sit and be with people and share my faith with them and allow them to share their faith with me. Some of them grow very strong when they’re isolated like that and when they have the constant threat of life-ending events that are always just around the corner.”

At age 58, Don is retired from the military, but he remains affiliated with the military as the associate director for the Presbyterian Council for Chaplains and Military Personnel. Between being the General Presbyter at Kiskiminetas and working for the church as it’s endorse for federal chaplains, he’s far from retired.

“I’m a minister,” he said. “I cannot envision ever retiring. I know that I will retire from church work, but as a Christian and as someone who is committed to share Christ with other people and to work for his kingdom here, I don’t see that ever stopping. The 23 years in the military was great. I enjoyed it, I loved it, but the call to ministry has always been here and I can’t see it disappear.”