Through My Eyes: The 224th General Assembly 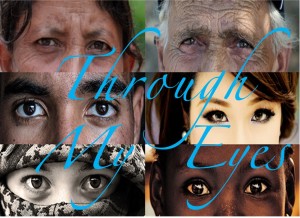 The following is a first-person reflection from a member of a Presbyterian Church (U.S.A.) congregation in the Synod of the Trinity region. During this time when the pandemics of both the coronavirus and our culture of racism cannot be ignored, this series titled “Through My Eyes” allows for those in the Synod’s bounds to share openly what they are experiencing on a regular basis. This is not meant to be a political forum, but instead a chance for people to express their personal feelings about what they are seeing and feeling during this unique time. If you have something to share, email Synod Communications Coordinator Mike Givler (mgivler@syntrinity.org) and your reflection will be considered for use in this series.

ABOUT THE AUTHOR: George Lilley is a ruling elder from West Virginia and is currently on the Synod of the Trinity’s Personnel Advisory Team. He was a commissioner for the Presbytery of West Virginia at the 224th General Assembly (2020) in June.

The 224th General Assembly’s theme was “From Lament to Hope” taken from Lamentations 5:20-21. Worship, prayers and Bible study echoed this scripture during the course of the proceedings. In a small-group discussion, I was asked what I lamented and hoped for. My lament was not being physically in the community in Baltimore and my hope was for a successful digital Assembly. Once convened, I learned I was among the 24 oldest Commissioners aged 76 and above.

The powerful Assembly opening highlighted our indigenous, first people from north, south, east and west. New co-moderators were elected by an overwhelming majority on the first ballot; one, a black male teaching elder and the other, an indigenous female ruling elder, synod executive. We were in very capable hands although the other two candidate co-moderator teams were well qualified also. 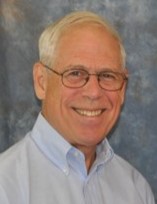 The rules were changed to permit the 400-plus commissioners to meet electronically (Zoom). Business was pared to critical items to maintain the operation of the denomination. Many other items were referred to the 225th Assembly in 2022. In addition to recommended items for consideration, issues of social justice permeated the proceedings. Among the affirmative actions taken were approval of an affirmation to help those with COVID-19, a report on Native Americans and church properties, a revised Child, Youth and Vulnerable Adult Policy, and an overture of Responding to Sin of Racism and Call to Action.

A balanced budget was approved with a projected income loss of between 25 and 35 percent and flexibility in its implementation. The two-year per capita was established at $8.98 (increase of 3 cents). Concerning mid councils, an administrative commission was approved to facilitate presbytery mergers in the Synod of the Northeast. Surrounded by family, J. Herbert Nelson, the highly respected current stated clerk, was elected to a second four-year term.

Soon after closure of the Assembly it was called out by 16 moderators, past moderators, co-moderators and vice-moderators for micro and macro aggressions and the lack of addressing the plight of Black women and girls. Consideration of a report from the task force on Disparities Experienced by Black Women and Girls was not approved to be taken up in 2020 and was deferred to 2022. Obviously, there is more work to be done at all levels of the Church.

Thank you, First Presbyterian Church of Morgantown, WV, and Presbytery of West Virginia for allowing me the privilege to be a commissioner in furthering God’s work through the PC(USA)’s 224th General Assembly.