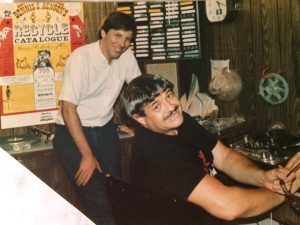 So if you meet me, have some courtesy, have some sympathy, and some taste
Use all your well-learned politnesse, or I’ll lay your soul to waste.

Pleased to meet you, hope you guessed my name,
But what’s puzzling you, is the nature of my game.

If these lyrics sound familiar to you, they are from the Rolling Stones’ 1973 hit song “Dancing with the Devil.” Based on the title alone, it wouldn’t seem like a good choice for an opening song for a radio show led by a pastor. But for the Rev. Dennis Benson, this was the perfect intro for his weekly talk show that was aptly named “Sunday Morning with Dennis Benson.”

“Some Christians didn’t listen to the lyrics very well or very close, and they would get appalled because it was a title by the Rolling Stones,” Dennis’ friend Gregg Hartung recalled. “Dennis would get a kick out of it because it would give him a chance to talk about all sorts of things. If you ever listened to the lyrics very closely, it’s really kind of an anti-evil song. That’s the type of person he was. He would take things that were assumed and turn them around on people and have you rethink things and go ‘Wow, I didn’t think about that.’”

Dennis was a renowned radio talk show host in the Pittsburgh area, conducting more than an estimated 15,000 interviews in his career, featuring anyone from a member of the Beatles to the wife and son of a Middle Eastern hostage – and almost everyone in between. This was the award-winning career of Dennis, who passed away June 10 at his home in Michigan. He was 85. (No memorial events are currently scheduled. A brief obituary is available by clicking here.) And while rubbing elbows with the famous and being a nationally known syndicated radio talk show host were part of who Dennis was, he will be remembered for much more.

“He was probably the biggest cheerleader for anybody,” Gregg said. “He’d meet you and you’d share an idea or two about your ministry and he would say, ‘That is really great, and did you ever think about this?’ The question was always, ‘I wonder if we did this?’ ‘I wonder if’ was one of Dennis’ great statements. He would encourage people to do things wherever they were at or whatever they were doing and doing whatever he thought was the next step beyond that.”

Dennis took a call at Pittsburgh Presbytery but never served a congregation there. Instead, he was a specialized ministry pastor, like fellow Presbyterian minister Fred Rogers of the famed Mister Rogers Neighborhood children’s television show. Dennis was instrumental in helping Presbyterian Media Mission get off the ground, producing the “Passages Radio Show,” which were conversations he had with everyone from stars to everyday people about their life journeys. Dennis was one of the founders of PMM, along with the Rev. Jim Boos and the Rev. Harold Scott, in 1980. That is when he and Gregg became colleagues – and friends.

“An overture was passed at the General Assembly that presbyteries should do something in terms of media,” Gregg recalled.

Harold, who was the executive at Pittsburgh Presbytery at the time, sought out Dennis and Jim to start PMM, using a charitable trust to get the ball rolling. 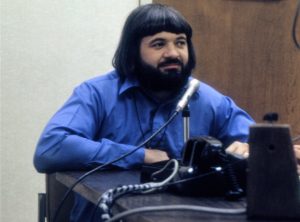 It is estimated that Dennis Benson conducted 15,000 interviews that included everyone from John Lennon to the family next door during his radio career.

“What could this be as a collective thing for the presbyteries in the western part of the Synod, or at least the greater Pittsburgh area?” Gregg said, remembering the question at the time. “They had a group get together to talk about what it might look like.”

Gregg was also at the initial gathering as a representative of Beaver-Butler Presbytery. Gregg and Dennis’ paths would cross again the following year at the Presbyterian Youth Triennium, and Dennis invited Gregg to join him upon return to the Pittsburgh area for some media work at Duquesne University where Dennis was doing a media apprenticeship program.

As PMM began to take shape with Dennis being the interim director as it looked for someone to take on those responsibilities into the future, one of its signature productions was the “Passages Radio Show.” Dennis, knowing Gregg was working at a local radio station in Ellwood City, PA, brought him on to be one of the associate producers for these shows. “Passages” originally broadcast on 25-30 radio stations in the western Pennsylvania, West Virginia and Ohio markets.

“It was people’s own personal testimonies of faith and life,” Gregg explained. “They started out as a half-hour program that interspersed assorted music and people’s stories together.”

The 30-minute radio broadcasts that were played on the weekend were eventually trimmed to 15-minute programs, which allowed more stations to add the programming to their airwaves because it was easier to fit in the smaller lengths into free public service airtime on Saturdays and Sundays. It was then requested that “Passages” be edited down even farther to around a minute, allowing it to now be broadcast any time during the week.

“Stations could play it as features between 90 and 60 seconds in length through the week versus just on the weekend,” Gregg said, “and then it took off. We offered four formats (60 and 90 seconds plus 15- and 30-minute spots/shows). They just became more and more available and easier to fit into almost any type of format of radio station.”

As the popularity of “Passages” grew and evolved, other denominations like the United Methodists and Mennonites got involved. At its peak, “Passages” was being aired on 1,700 stations across the country as well as on the Armed Forces Radio Network and on the DX Shortwave Network that was broadcast worldwide.

“He always appreciated that everyone – Christian, non-Christian – has a story,” Gregg said of Dennis. “There’s a story on every street corner.”

Dennis used interviews that he had compiled while working for the radio station in Pittsburgh for some of the “Passages” content, talking with music icons like Dolly Parton and Alice Cooper.

“Dennis went to WDVE-FM, which is a big rock station in Pittsburgh, and did a Sunday morning show called ‘Sunday Morning with Dennis Benson,’” Gregg continued. “He had Fred Rogers on – everyday people as well as people who had celebrity status. It was a live talk show where people shared their stories.

“My wife and I were on once. Tina was pregnant with Matthew, our son, so he had new parents on talking about what it’s like when you are expecting your first child. The audience called in to talk with him and myself and Tina. It was sort of a live version of ‘Passages’ where people shared their life stories, testimonies and living through different things.”

During this same time, Gregg agreed to become the director of PMM, a position he held for more than 30 years. Dennis would eventually leave as a staff member at PMM but still stayed on as someone who was contracted to produce the “Passages” programs. Gregg estimated that between 3,000-4,000 “Passages” shows were produced by PMM over the years, most of which involved Dennis and Gregg at the helm. 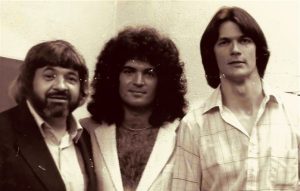 From actor Steve Allen to singers Waylon Jennings and the group Fleetwood Mac, Dennis talked to them all. In fact, Willie Nelson was on the board of directors at United Theological Seminary in Dayton, OH, (where Dennis was a professor) because of Dennis’ influence on Willie by interviewing him. However, Dennis’ most famous conversation arguably occurred in the bathroom at The Grammy’s awards show.

“He convinced a guard at Madison Square Garden to let him get backstage to interview John Lennon,” Gregg said. “He couldn’t find a place to do the interview because everybody wanted a part of John Lennon, so Dennis took him into the bathroom and interviewed him briefly there.”

The interview that helped put “Passages” on the map came in the mid-1980s. Rev. Ben Weir was kidnapped while serving as a Presbyterian missionary in Beirut, taken from the streets while walking with his wife Carol. All told, 104 foreign hostages were captured between 1982 and 1992 in what became known as the Lebanon Hostage Crisis. The story made national headlines as Carol and Ben’s son, John, tirelessly pleaded for prayer for their husband/father and the people in Lebanon, including Ben’s captors.

John and Carol were traveling to Pittsburgh to talk about Ben being held hostage. PMM jumped at the chance to interview them for “Passages,” and Dennis ended up talking with them in the back of a car as they headed to the airport. Not only did Dennis record the radio show, he also had the Weirs speak briefly urging people to write to President Reagan pleading for help in the release of the hostages. The minute-long spots were mailed to every radio station in the country before July 4th that year and played regularly around the holiday, bolstering the “Passages” and PMM brands.

“We started hearing back that people loved this,” Gregg said. “The response to the White House was so deep they had to hire extra people to get the mail. It led up to Dennis being the writer for the Weirs’ book ‘Hostage Bound, Hostage Free.’ It was serendipitous and probably one of the biggest things that PMM was involved in. That’s just one snapshot of living with Dennis Benson.”

Aside from the book he wrote about Ben Weir’s experiences, Dennis authored more than 20 other non-fiction books and produced numerous experiential audio/video courses for group learning. He authored many articles and publications on youth work and education, including the “Basic Encyclopedia for Youth Ministry.”

“Dennis left an indelible mark on Christian media ministry,” said Susan Faye Wonderland, the transitional executive of the Synod of the Trinity. “I particularly used his materials when working with youth as we engaged in creative Bible study together, and later on used some of the ‘Passages’ material with youth leaders and young adults. I will never forget Dennis’ amazing and inspiring media work during national youth gatherings. Rest well Dennis… you have been a gift.”

In April of 2021, Dennis was awarded for his lifetime work with the prestigious Wilbur Award from the Religion Communicators Council, which is given to a person or organization whose body of work makes a substantial and unique contribution to public discourse on religious faith and values or interfaith dialogue and understanding.

Gregg’s last in-person interaction with Dennis was in 2019 for a visit on his birthday, when Dennis and wife Marilyn enjoyed a dinner together with the Hartungs near their Michigan home. Gregg and Dennis would chat on the phone from time to time, and those conversations will be treasured now more so than ever.

“It was like we were in the same room together and had spoken last week even though it might have been one or two months since we last talked to each other,” Gregg said. “We worked so closely together it was hard not to just pick up where each other’s at like it was yesterday. It was that type of relationship.”

Everything Dennis brought to the table – as both a colleague at PMM and as a friend – will be greatly missed by those who knew him.

The Synod of the Trinity is thankful for Dennis’ work and service to the region and sends condolences to his family and friends.